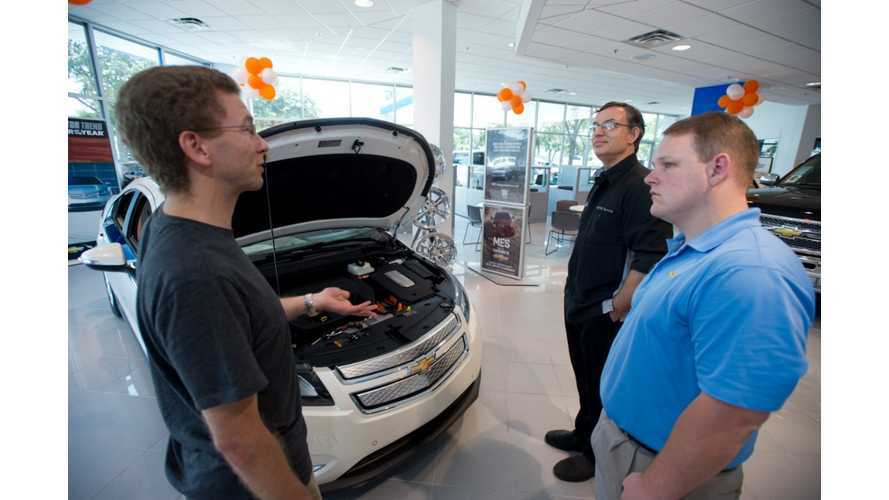 General Motors learned their lesson in January; if you don't have any inventory, it is hard to sell cars.

GM Had Some Trouble Balancing Inventory Levels Going Into 2013

After selling just 1,140 cars in January, mostly thanks to an extended 3 week  shutdown of the Volt's Hamtramck assembly plant that left inventories at a yearly low, GM ratcheted up the production in January and shipped almost 3,000 new Chevy's to anxious dealers.

That excercise lead to a strong rebound in February sales, as 1,626 Chevrolet Volts found new homes during the month.  This February's result, is a near 60% improvement over February of 2012, when GM sold only 1,023 units.

In February, DHAM produced a massive 3,298 Volts, which brought national inventories up to a more respectable level north of 5,000 units.

It is also worth noting that Hamtramck didn't produce a single Ampera for GM Europe.  In the past 5 months combined, only 69 Amperas have been made.  (Feb- 0, Jan-42,Dec-6, Nov-19, Oct-2).   We feel it is now fair to say that the extended range Voltec platform has not been received well in Europe.

Now that production seems to have stabilized, GM looks to get back on track with CEO Dan Akerson's earlier goal of selling about 3,000 Volt each and every month around the world, on their way to a goal of selling 36,000 Volt based cars during 2013.

Cristi Landy, GM’s marketing director for small cars, said in an interview earlier this month that poor inventory management decisions have mostly been taking their toll in California, GM's largest market for the Volt, noting that Chevy has run out of product "three or four times in the last 12 months."