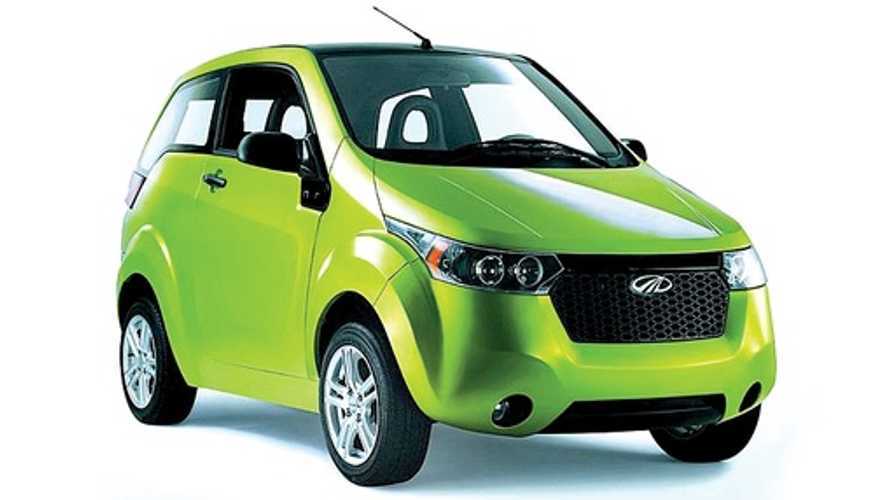 Mahindra Reva, the electric vehicle division of India's Mahindra & Mahindra, has given its first electric car, the e20, the green light despite no subsidies existing in India.

Mahindra Reva says it could wait no longer and is upset with the government lack of financial support for plug-in vehicles, but the e20 had to launch to cement the automaker's position as India's leading plug-in automaker.

There's no attractive angle for this one.

Chetan Maini, chief of technology and strategy at Mahindra Reva, had this to say of the government's reluctance to subsidize electric vehicles:

"The subsidy would have been welcome, but now we will have to look at our internal strategy to launch the product, with the hope that the policy will be soon implemented."

The electric e20 will launch in India by the end of March and it's a head-turner in all the wrong ways.  On the styling side, well, there's none.  We searched long and hard for an image of the e20 that made it appear slightly attractive, but we had no luck.

Ok, so styling isn't its strong point.  Are specs ho-hum, too?  It's hard to say as little confirmed information exists, but Mahindra Reva does claim that the e20 boasts a top speed of 62 miles per hour and an estimated range of 99 miles, the later of which seems too good to be true and almost certainly  is.

Mahindra Reva targets selling 30,000 units by the end of 2016, including 15,000 units for export.  Again, this figure seems wildly optimistic.

While we'd like to see the e20 succeed, the lack of subsidize could lead to a quick demise.