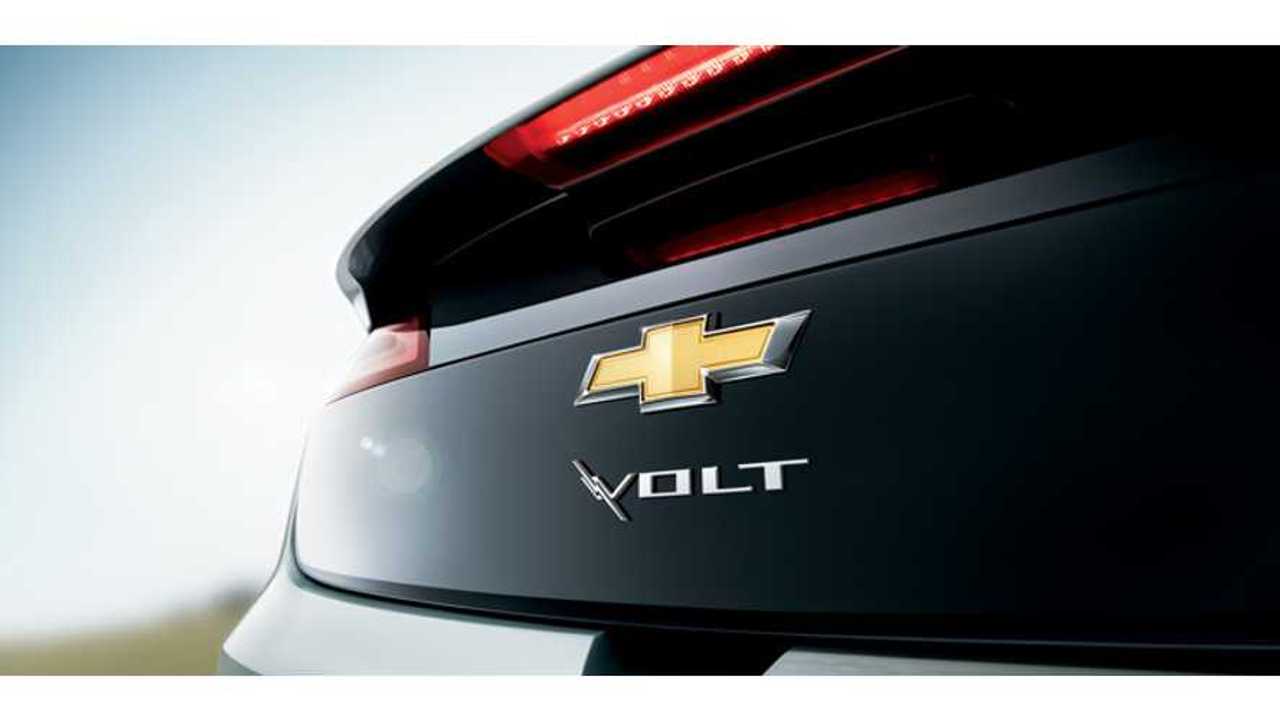 Although executives at General Motors are not putting their names to any future Volt/plug-in sales forecasts, two sources familiar with GM's internal targets (who did not wish to be revealed) have told Bloomberg that GM hopes to sell "36,000 Chevrolet Volts and other plug-ins" worldwide for 2013.  An approximate gain of 20%.

This number is consistent with the monthly Volt sales figure that GM CEO, Dan Akerson, said he had hoped to achieve when he last spoke to the press about the subject in April of last year.  3,000 units per month.

Separately, Cristi Landy, GM’s marketing director for small cars, said in an interview this month in Chicago that she hopes for more consistent Chevrolet Volt sales in 2013:

“We had some on and off starts with the assembly plant. California, which is our strongest market, was selling great then they would have no products. They’ve run out of products probably three or four times in the last 12 months, it’s been very frustrating.”

Unfortunately, a decision by GM to extended Christmas shutdown in December has already adversely affected 2013 numbers, as only 2,766 Volts were sold in January and February in the US (1140/1,626 respectively) due to the lack of West Coast inventory.

The 36,000 plug-in sales will come primarily from these vehicles, with some additional sales on the side from their all-electric EV:

In 2012, GM sold approximately 30,200 extended range plug-in vehicles, so 36,000 in 2013 would not be a huge jump.  And although GM has already handicapped itself in January, the improvement still does not seem unreasonable.

However, looking at the outlook for each of GM's plug-in hybrid vehicles, and where they are sold, US sales of Chevrolet Volt will be counted on to do a lot of the heavy lifting.

Chevrolet's flagship, the North American built and sold Volt, will be counted on to virtually run the entire worldwide sales race for them in 2013, as General Motors continues to offer many attractive financing and leasing deals that appeal to Americans.

The Ampera Has Not Been Received Well In Europe. We Don't Expect It To Contribute Much In 2013

After having a nice initial run with some fleet sales (that apparently made up as much as 75% of all the 2012 MY Amperas sold), the Ampera is now a wounded dog. Europeans either don't understand it -or- they do, and they still don't care for it.  Bringing the US-made Volt to Europe now seems like a mis-step by the General.

To illustrate this point, after producing almost 8,300 2012 Amperas, virtually none are now built at all.  The demand is that low.

GM is now seven months into the 2013 MY production cycle, and GM has built only 2,141 cars.    In the past four months GM has built only 69 Amperas in total (Jan-42,Dec-6, Nov-19, Oct-2).  To make things worse, if you take away the Netherlands, which has some ungodly advantages for plug-in cars over standard petrol cars, then you take away over half Ampera's sales.   Even with a pricing equivalent to $50,000-$60,000 USD per car in most countries, GM has to be losing their proverbial shirts trying to sell this car in Europe.

The Spark EV May Assist GM In Sell A Lot More Plug-In Vehicles, But Not In 2013

While its hard to predict the reception for the Spark EV long-term, we do know its 2013 rollout will be minimal, or as GM says, "limited".

The Spark EV will first go on sale in South Korea this summer, with the deliveries in the US beginning "late" in the year.  GM has already stated it will be a limited rollout out at first in the US (California/Oregon), and Canadian deliveries will be fleet only starting in the fall of 2014, with Europe not adding to the sales numbers themselves until sometime in 2014.

They can, but it won't be as easy as it might seem to those of us who closely follow US sales, where the Volt has owned the top of the sales podium 9 of 12 months in 2012.

GM now faces a full year's worth of competition from the Toyota Prius plug-in and Ford C-Max Enegi, not to mention the upcoming Ford Fusion Energi and Honda Accord PHEV entering their segment, as well as a new generation of fully electric cars, and an old EV guard that is slashing their prices.

Our opinion is GM needs to get serious with it's pricing in the United States in order to improve on 2012 sales by 20% to reach 36,000.  And we think they know it too.  Look for GM to do what needs to be done to hit their goal in 2013.  Keep your eye out for more incentives today, and a price reduction in the not-so-distant future.