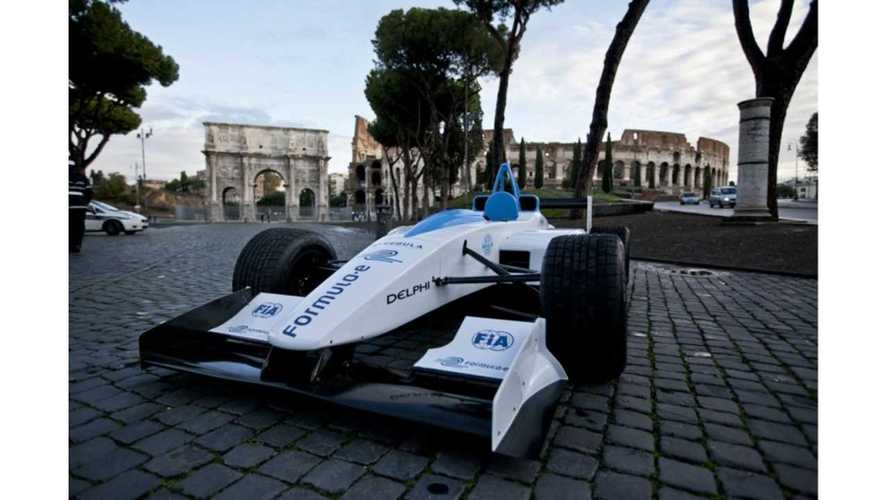 The Chinese team will compete in the inaugural season of the Championship, which is tentatively set for 2014.  All races will be held on city streets, with Rome and Rio de Janiero lined up at the first two cities to commit to host a Formula E event.

Within 3 years, China Racing says it will field its own electric Formula E racer, but for now the racing team will turn to the vehicle pictured on this page, which is supplied by Formula E Holdings and being developed by Spark Racing Technology, McLaren and Dallara.

Alejandro Agag, chief executive officer of Formula E Holdings, had this to say of China Racing signing on:

"We are delighted to present China Racing Formula E Team to the FIA as one of the 10 teams taking part in the Formula E Championship. China has enormous potential for the expansion of Electric Vehicles as a tool to fight pollution in cities. We think the FIA Formula E Championship can be a powerful tool to make electric cars popular with the Chinese public, particularly the younger generations. Having a Chinese team with us in the Championship will be key to succeeding in that challenge."

The Formula E electric racer supplied by Formula E Holdings is reportedly capable of hitting a top speed of 200 mph and zips from 0 to 60 mph in under 3 seconds.  Range is listed in minutes on the track and of course varies, but 25 minutes of non-stop racing is expected.

Drayson Racing was the first team to commit to the FIA Formula E Championship.  Eight more teams will have to sign on before the Championship gets the official nod.