Nissan to Return to LeMans in 2014 With Electric Technology 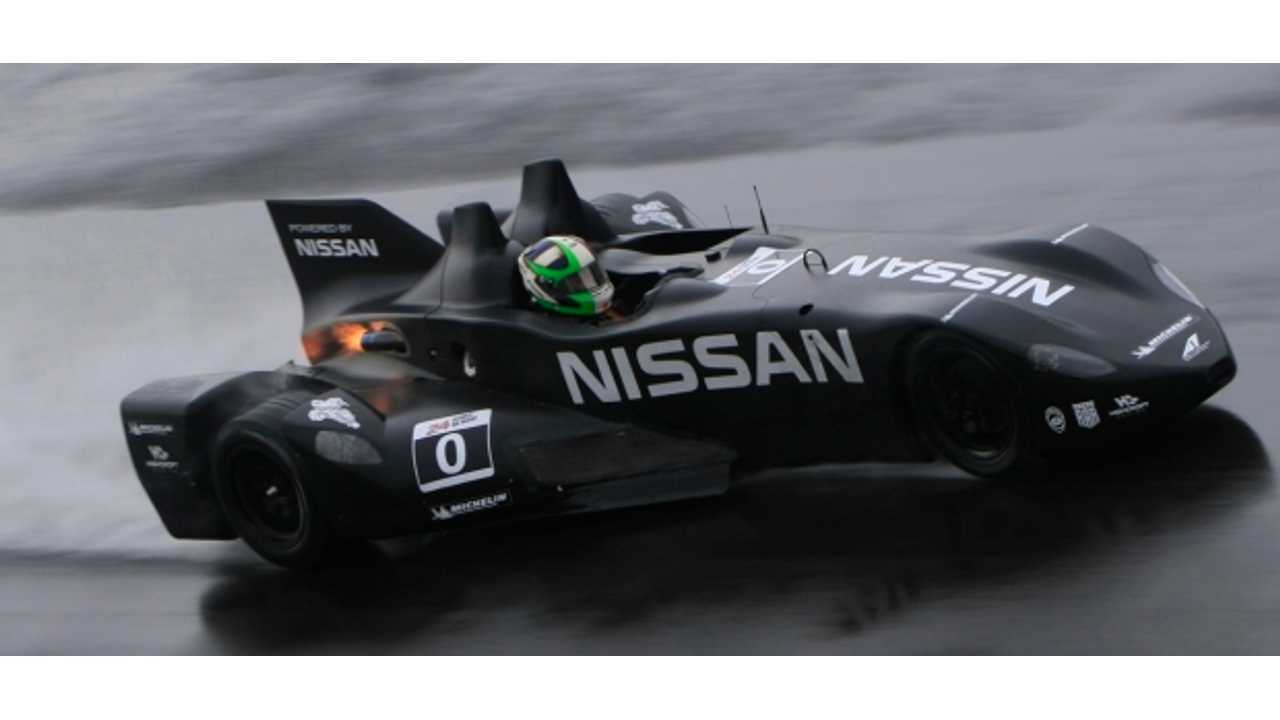 Nissan's ultra-radical DeltaWing racer was far from successful on the track, but in 2014, Nissan will return to the 24 Hours of LeMans with an experimental vehicle packed with electric technology.

This announcement was made Monday evening by Nissan CEO Carlos Ghosn during the opening of NISMO’s headquarters in Yokohama, Japan.

"We will return to Le Mans with a vehicle that will act as a high-speed test bed in the harshest of environments for both our road car and race car electric vehicle technology."

No additional details of Nissan’s experimental project, which will incorporate "electric vehicle technology," have been revealed.  However, Nissan will return to Garage 56 at LeMans in 2014.  Garage 56 is outside the general classification of vehicles in LeMans and is unrestricted, which means the sky is the limit.

Here's what Darren Cox, Nissan's general manager in Europe, had to say of the automaker's return to LeMans and Garage 56:

"We say we're about innovation and excitement.  If we weren't trying to get Garage 56 every year, we wouldn't be innovative.   That particular entry is put in place for the most innovative car that year. That's what we're all about. We're not about using it once and walking away from it. We really want to utilize that opportunity to show our innovation.  We're in uncharted territory here.  We don't know how good this technology is going to be. We're obviously doing a huge amount with simulation at the moment. We think we will be pretty accurate when we actually get there in terms of the simulation. But we need to run these cars and need to work out how it all works.  With Garage 56 and the open regulations, you're not restricted. You can do different things.  We're already talking about different strategies and how you use the electric technology. It's really interesting.   Yes, there'll be the headline that we'll be doing a lap of Le Mans with an electric car. But actually, there is a real interest in terms of the strategy of how you use the electric technology."

Eventually, Nissan would like to returns to LeMans with its "electric vehicle technology" included within the regulations of the LMP1 (LeMans Prototype) class.  LMP1 is within LeMans regulations and includes the fastest closed-wheel racing cars used on the circuit today.  Garage 56 entrants are considered experimental, but LMP1 is considered the face of LeMans, the class where competition is extreme and diesel-fueled Audis tend to dominate.

This year, a hydrogen-electric racer from Green GT will occupy Garage 56 at LeMans.  Next year, it's Nissan electrified racer that will  occupy the spot.