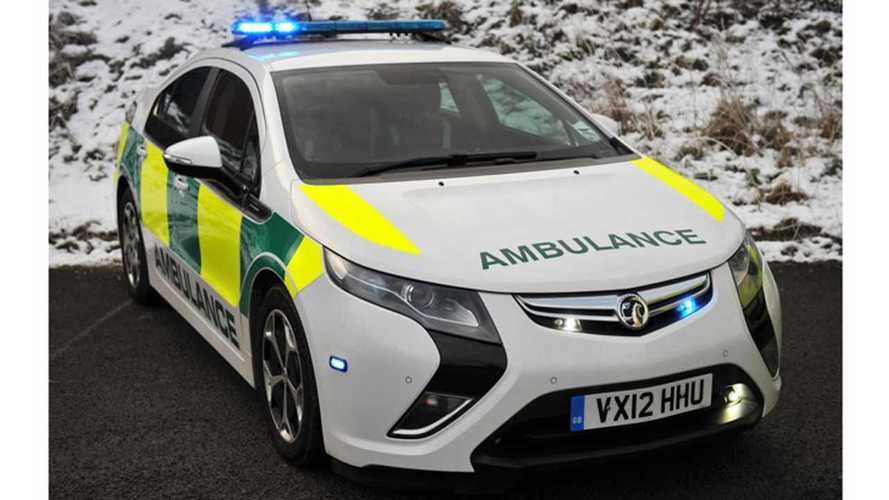 Yorkshire Ambulance Service could save lives and slash emissions simply by mashing the accelerator pedal in its ambulance-ready Vauxhall Ampera plug-in.

The vehicle will be piloted as rapid response (aka first responder) in the York area of the UK.

The Yorkshire Ambulance Service hopes to gauge how well the Ampera performs before it considers adding the plug-in, or other similar vehicles, to its 900-unit fleet. The Service trialed a fuel cell-powered vehicles two years back.

The trial forms part of Yorkshire Ambulance Service's commitment to reducing its carbon footprint 30 percent by 2015.  The goal is not only to reduce emissions, but to save money on fuel.

The Vauxhall Ampera is supposedly the first electric vehicle to be tested by an ambulance service on a long-term basis.

"We are very excited to be the first ambulance service to trial an electric vehicle that will respond to incidents, reduce our emissions and provide significant savings on fuel costs.  As it has both electric and petrol power we are confident that it is a viable alternative."