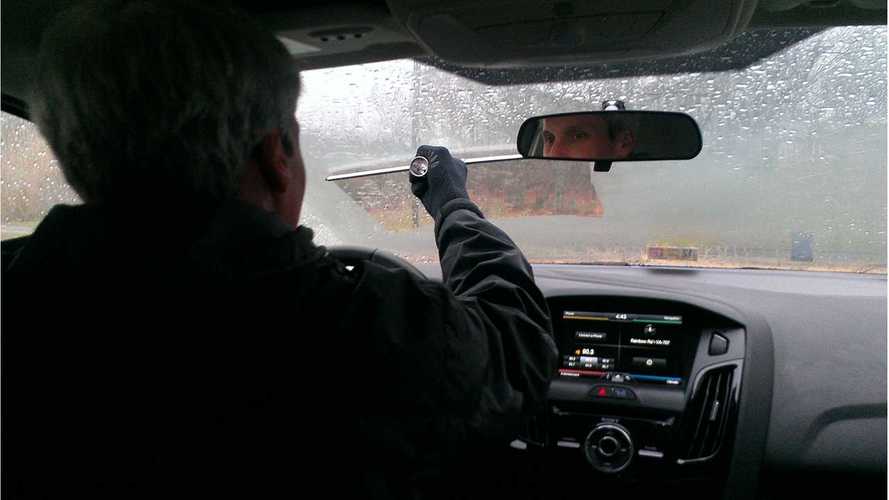 I remember the exact moment when I realized that electric vehicles were the inevitable destination for automobiles.  It was the late 1980s and I was an undergrad sitting in the stacks of Alderman Library reading the words of Geoffrey Ballard, he of Ballard Power Systems fame.   Before that he was the man in charge of the Conservation Research office in the 70s shortly after the oil crisis.  He had two firm beliefs.  One, lead acid batteries in EVs suck but one day electric motors will be the powertrain for cars.  Two, people will conserve in a time of crisis, for short periods of time, and when something is very expensive or scarce, other than that people will NOT conserve.  Ballard wasn't optimist, or a pessimist, just a realist and I thought to myself, “you sir, are correct.”  I went into the library that day to research something completely unrelated to EVs, but I walked out convinced that one day they would be the mainstay of the automobile industry

Sadly, Mr. Ballard passed in 2008 just shy of the 2010 launch of what looks to be the transition of our auto fleet from fossil fuels to electrons.   When the Volt launched in December of 2010,  I told myself I would wait a year or so, see how things shake out, and make sure the Volt was as good as it seemed.  Who was I kidding?  I’d been waiting for this car over 20 years, the waiting was done.  By January 2011, a Volt was sitting in the garage.

For a year I drove the Volt and I loved it, and then it passed to my wife because she had the longer commute and it just made sense for her to have it for the longer commute.  Well, that and I was also “secretly” plotting to buy a battery only car, and figured I better turn the Volt over to her while it was still somewhat new before I went and loaded up on another new car.  Husband of the year, right?

So my evil plan worked, and I ended up in a Focus Electric.  And for a number of months the Focus Electric was driven in much the same manner as the Volt.  Which is to say moderately, very moderately.  Oh sure if some punk, engine revving kid needed to be put in his place he was, but for the most part I was watching even the blue hairs pass… by happy choice.

Like many others, I would fore go heat, even when its need was clearly indicated.  Hands numb from cold?  Suck it up buttercup.  It irked me that I had to run the heat because the windows would fog up.  When I read that another Focus Electric owner rode around with a squeegee to clear fog from his windows without the use of heat, instead of thinking "what a nut job" I was thinking "what a good idea!" At Volt Stats and MyFordMobile our vehicles where very near the top on the various leader boards.  Life was good.

And then something happened this Winter.   Bit by bit I found myself using more heat than I had in the past.  OK that was justifiable because the older I get the less I like the cold, and I never really liked it much to begin with.  One day, time was of the essence so the pace home was with the flow, instead of the posted speed limit.   It is amazing how driving the speed limit can make one something of a “speed bump.”  And then one day the pace home was with the flow, just because, and then the next and the next...

I have not gone back to my gasoline days where I raced to the next stop light and jockeyed from lane to lane to move up in the pack, but the pace is decidedly and consistently quicker these days, and the temperature control settings substantially more liberal.  On the Focus Electric the miles/kWh has slipped from firmly above 4 m/kWh to “I can see 4m/kWh from here”

This can be done because there is a charger at work and at a home and the commute is modest,  thus not having enough juice to go the distance is rarely an issue.  If I am really conservative on heat and drive the posted speed it costs me about 41 cents to drive to work.  If I bathe in luxurious heat and go with the flow, it costs me about 48 cents.  Why would anyone do without heat and drive at a snails pace for 7 cents?  The greater part of my wardrobe is outfitted from the clearance rack of TJ Maxx, so it is fair to say that I am tighter than a snare drum, but come on, for 7 cents?  Live a little! It is a wonder I did it for so long.

So electrons are not scarce or expensive for the Lee batteries and as Mr. Ballard and a whole host of behavioral economic theories predicted, we do not conserve them as well as we might.  And I am ok with that, because amends of a sort have been made.  The House of Lee is now home to two, count them two, Nest learning thermostats.  But wait, there’s more.  A diverter has been setup on the electric dryers so that during the winter they blow back into the house, and not outside.  Not only do you keep all the heated moist air indoors, but your house smells like fresh laundry!

Is anyone else finding there is downward creep in their miles/kWh?  How did you make amends?

PS: Notes on using a squeegee as a windshield "defogger."  It does work, but of course it doesn't last forever.   Billy Squier's great hit, should get you in the proper frame of mind.  Narrower squeegees are easier to handle but require more strokes.  Wider ones less strokes but you really have to push on the thing to get it to conform to the curve of the windshield.  Narrower is probably better.  Eventually you will find yourself wondering, "how can I hook up a pair windshield wipers on the inside?"  Or maybe, just maybe you let loose of a nickle and run the defogger.