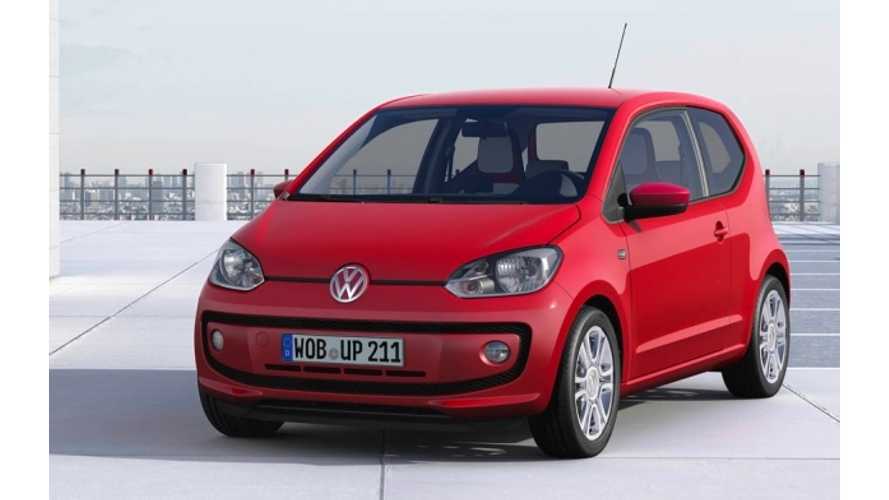 According to rumors floating around the Internet, Volkswagen will reportedly fit the 261 -MPGe plug-in hybrid powertrain from the limited production (translation: uber expensive) XL1 into its cute and extremely affordable Up!

Here's a brief refresher on the radical XL1, which is indeed production bound: The XL1 is powered by a two-cylinder (800 cc), 47-horsepower, TDI (turbo diesel) engine and supplemented by a 27-hp electric motor and 5.5-kWh lithium-ion battery pack.  It tips the scales at en estimated 1,753 pounds, boasts an electric-only range of 31 miles and we expect it to be priced well beyond the reach of most.

Sources say the Up! plug-in hybrid would return the highest fuel economy rating of any vehicle, aside from the XL1.  VW supposedly hints at 90 mpg under ideal conditions and suggests that its electric-only range will be somewhere in the neighborhood of 30 miles.

It's not clear if this rumored Up! plug-in hybrid will ever make it to the States, but sources do say it will enter the production cycle in 18-ish months.  Pricing is unknown, but it's an Up!, so it would be an utter failure if expensive.   Up! is a bare bones urban runabout.  Not a radical vehicle like the XL1.