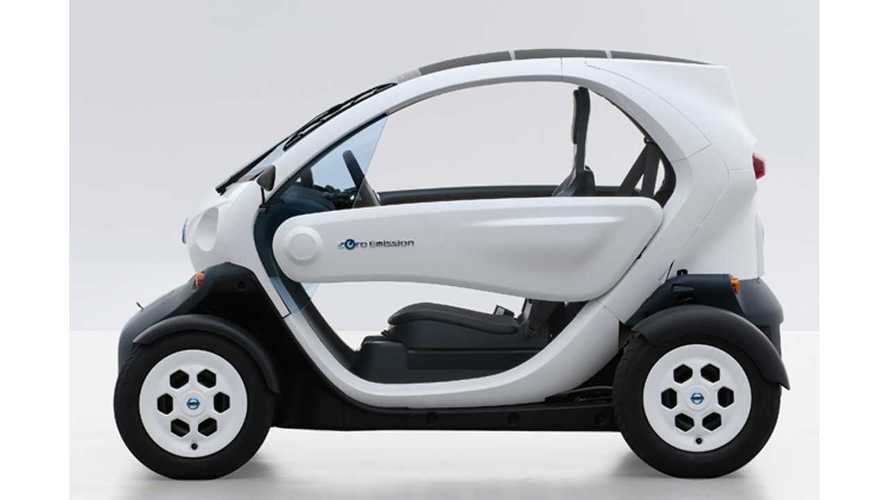 Nissan is currently testing their New Mobility Concept on the street of Japan.  If the car looks familar to readers, it is because it is a very undisguised Renault Twizy.

Technically, the two seat EV is a quadricycle, and in this Nissan variation, gets about 60 miles of total range with a top speed of 50 mph, perfect for the congested city streets in Tokyo.

What is not perfect is the Nissan NMC  is still not incorporating the upper window option (now available on the Twizy) in the test fleet that is operating in Japan; a fact which is hard to not notice in Nissan's promotional video featuring "7 moms" driving around Tokyo in the winter getting pelted with slushy snow.

The Nissan version of the best selling EV in Europe today (with over 9,000 sales in 2012) is expected to be made available to the mass population in Japan in 2015.

"This kind of vehicle is still very new in Japan, so I think it is important to take time to teach people how to use it safely," said Ministry of Land, Infrastructure, Transport and Tourism official Akihiko Hosh.

It should be noted that Renault-Nissan has hinted this vehicle may be offered in major city centers in the United States at some point...think New York. If made available the 220-lb, 6.1 kWh battery found inside the Nissan NMC would also qualify for a $3,334 federal tax credit, bringing the cost down to $6,766*, and down to $5,866* in the base model.