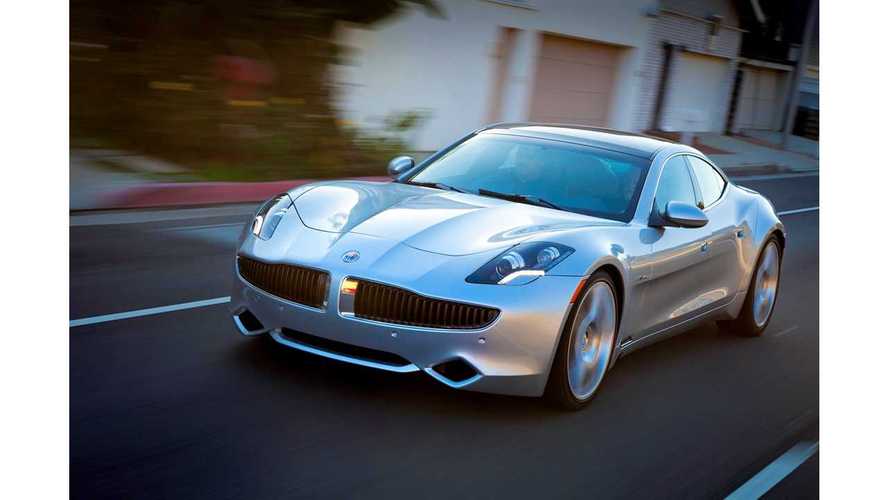 Fisker, thinking they had insurance coverage on these cars put in a claim to their provider, XL Insurance, for the value of the Karmas, approximately $33 million dollars.

On the other hand, XL Insurance felt that these cars were not actually in transit (which Fisker's coverage provided insurance for), but rather that Fisker was using the port as a holding pen for unsold cars, and denied the claim.

Unhappy with this outcome, Fisker lawyered up and XL Insurance hunkered down to defend.

Today, according to a stipulation of discontinuance, Fisker and XL to to end the lawsuit, with the two companies agreed to a private settlement.

Historical Photo From When Fisker Karmas Were Actually Being Built

While a partial payment was not the optimal outcome for Fisker, the start-up really needs all the cash it can get while it waits to re-start Karma production (that has been idled for 7+ months), or for 1 of 3 Chinese companies (Geely bid, Dongfeng bid, Wanxiang offer) to take a leap of faith and buy out the luxury extended range electric vehicle maker.

According to Roger Ormisher, Fisker's spokesperson, “Fisker Automotive and XL Insurance America Inc. can confirm that they were able to successfully reach an out-of-court agreement that resolves their coverage dispute with respect to the loss of vehicles at Port Newark during Hurricane Sandy.  The terms of the settlement are confidential.”