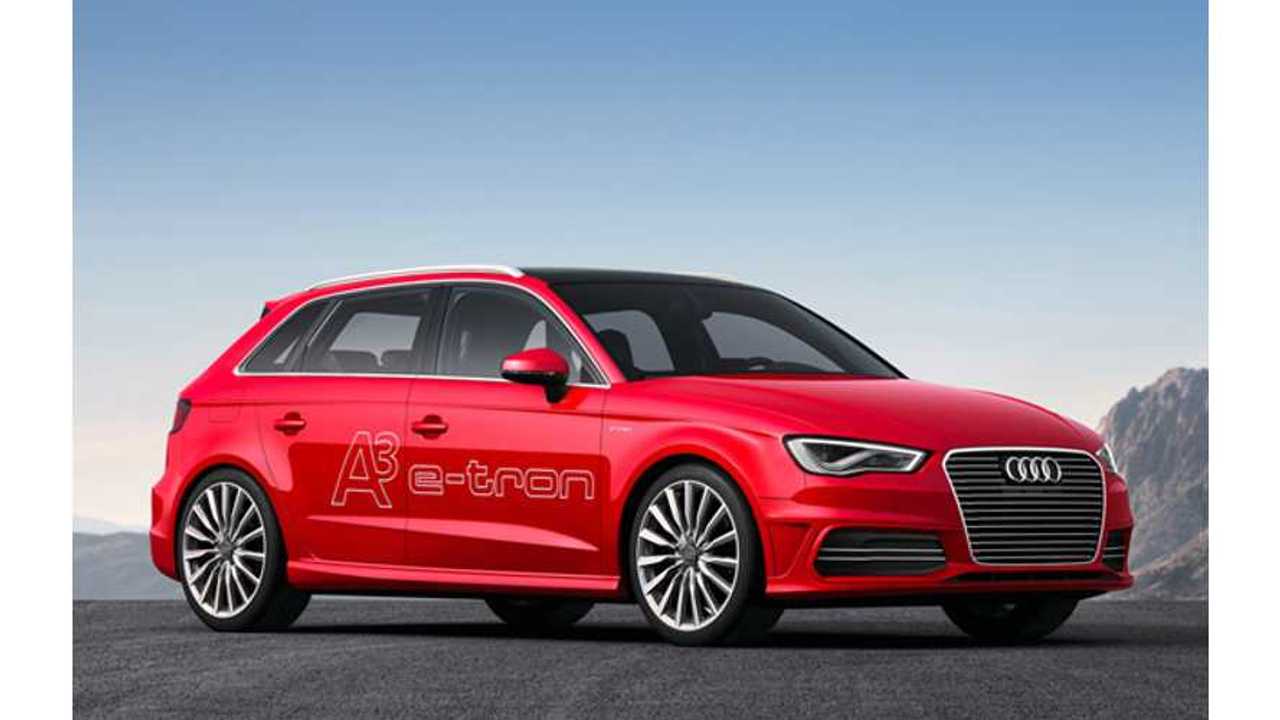 In near production-ready form, the Audi A3 e-tron will make its debut at the 2013 Geneva Motor Show in early March.

Before we jump the gun, Audi has not confirmed the A3 e-tron for production, but it's rumored that this A3 e-tron will be launched in 2014 and Audi no longer refers to this plug-in hybrid as a "concept."

Additionally, Audi says this (we've purposely put in bold "true Audi" in the quote below):

Audi says that pure battery-electric vehicles are more or less in the experimental stage for the automaker right now, but that a plug-in hybrid will be its "initial foray" into electrified vehicles.

The plug-in hybrid system in the A3 e-tron combines a 150-horsepower 1.4-liter TFSI four-cylinder engine with an electric motor that spins out 101 hp.   As mentioned above, the A3 e-tron has a projected electric-only range of up to 31 miles, but we expect that number to drop significantly under EPA testing methodology.

"At the Geneva Motor Show, the Audi A3 e-tron will provide a realistic glimpse into the future of mobility as Audi is planning it. The electrification of the drivetrain, above all using plug-in technology, plays a deciding role in the strategy of the brand."

Realistic glimpse?  We're thinking either this A3 e-tron or a vehicle very similar will launch sometime in 2014.