Volkswagen Extended Range CrossBlue SUV Gets Production Approval For US 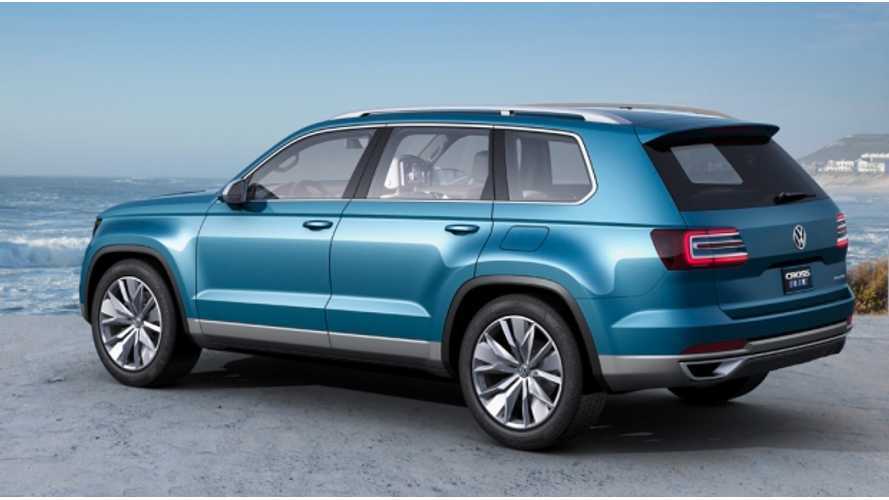 VW Crossblue Headed To US

It looks like Volkswagen has had a recent change of heart when it comes to plug-in vehicles, as news has come that the plug-in diesel CrossBlue concept has been approved for production to be sold only in the United States.

"This is a car for a specific segment which only exists in the USA," said Dr Ulrich Hackenberg,  head of VW product planning and engineering.

As a refresher, the all-wheel-drive,  Crossblue averages an estimated 35 mpg combined (37 mpg highway and 33 mpg city), and its MPGe rating is estimated to be 89, while featuring an electric-only range of up to 14 miles via a 9.8kWh lithium-ion battery.

The internal combustion engine in the Crossblue concept is the automaker's TDI turbo diesel engine, which is rated at 190 hp, with a DSG dual-clutch transmission.   When used in conjunction with the electric motor, the VW puts out 306 horsepower and 516 pound-feet of torque, with a 0-60 miles time-slip in about 7 seconds.  Not bad for a 6 (or 7) seater.

VW To Have The First Extended Range Plug-In With Seating For Up To Seven?

Volkswagen’s plug-in power-train has two electric motors.  One at the front and the other at the rear, so that drivers can switch between two and four wheel drive.

While more details are forthcoming, it is thought that the "diesel" part of the concept could give way to a more traditional gas engine when production actually commences.  No production release dates, or pricing estimates are currently know...but we will pencil in 2015 and $50,000 on our calendars just the same.

Besides, the Crossblue for the US, three other, smaller, plug-in SUVs based on the Crossblue's power-train will be available worldwide.   The first of which, is a replacement for the current Tiguan, with the second being a coupé of the same design, and a third being a long-wheelbase, seven-seat model.