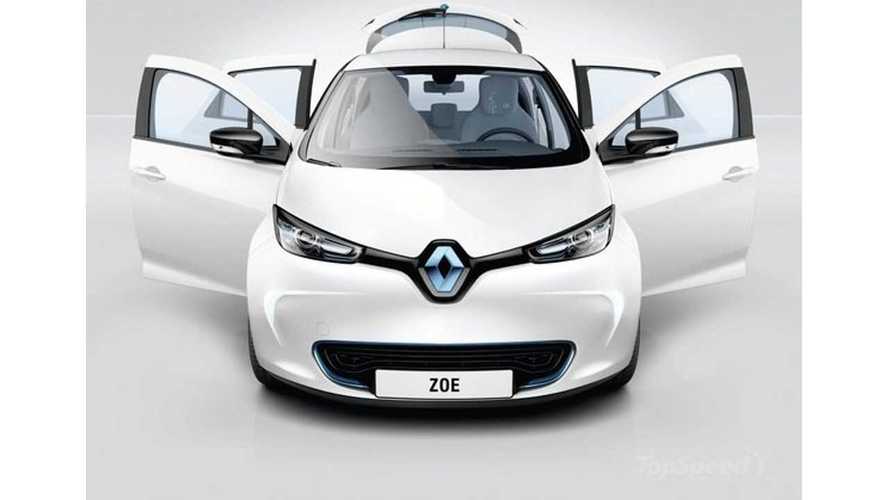 We loosely say "won" because it was a competition of sorts, which Renault seemed destined to win.

UGAP was seeking electric vehicles in two categories: "versatile 4-seater electric vehicle" category and "compact electric sedan."  Few competitors exist in either category, but we'll give Renault the benefit of the doubt by suggesting that its pair of electrics "won."  No other competitors were named.

Renault will deliver the 2,100 electric vehicles to UGAP over the next three years.  This adds to the 15,000 Kangoo Z.E. electric vans to be delivered by Renault to the UGAP.  The delivery of these vans is currently underway.

Neither the Kangoo Z.E. nor the Fluence Z.E. are standouts in the electric vehicle segment, but the Zoe is a gem and here's why:  In France, the Zoe starts at €20,700 (US $27,250) before incentives.  It's a dedicated electric vehicle, not a conversion.  The Zoe is powered by a 22-kWh lithium-ion battery pack, features an 87-hp electric motor with 162 pound-feet of torque and boasts a top speed of 84 mph.  The NEDC cycle range is listed at 130 miles, but Renault conservatively estimates that in suburban use, the Zoe is good for 62 miles in cold weather and 93 miles in temperate conditions.  Its so-called "Caméléon" (Chameleon) charger allows it to be charged at multiple power levels, taking between 30 minutes and nine hours.  And it's been described as hoot to drive.

Unfortunately, it's not US bound.