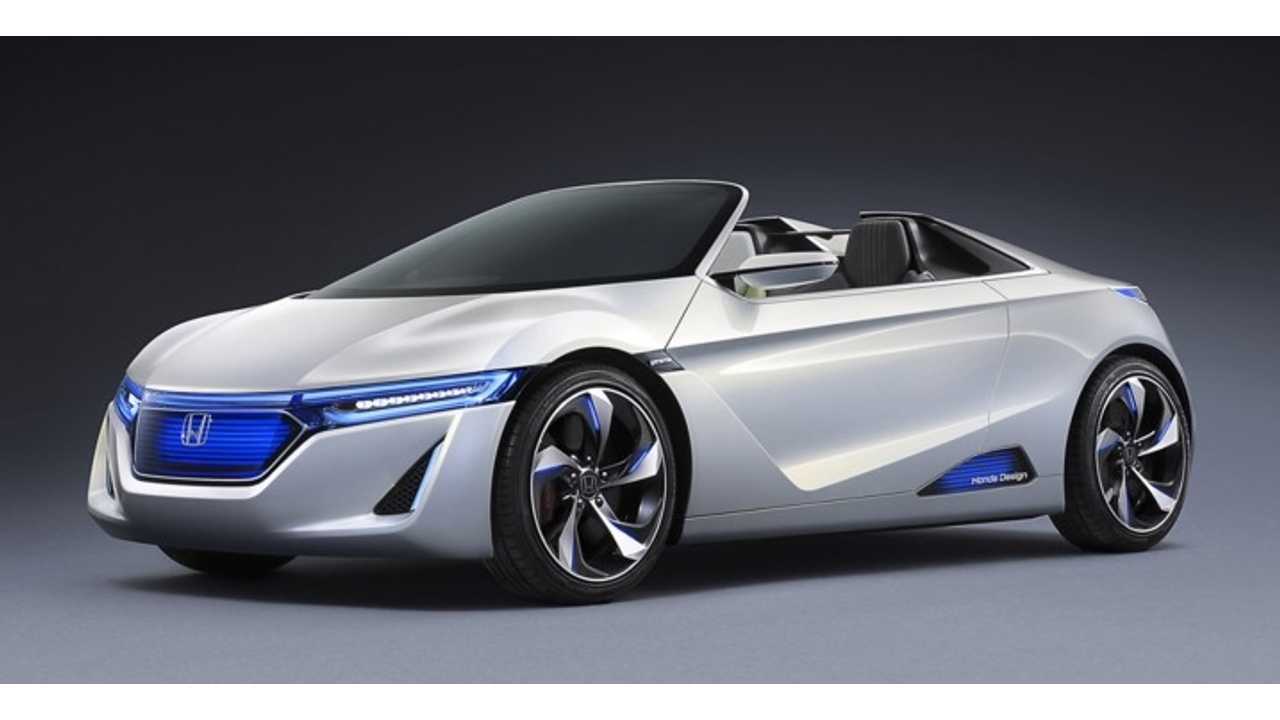 Once again, Honda has whipped the sheets off of its stunning EV-STER Concept.  This time, the sheet-whipping occurred at the 2013 Chicago Auto Show.

The EV-STER made its worldwide debut back at the 2011 Tokyo Motor Show and it appeared again at the 2012 Los Angeles Auto Show.  Now it's in Chicago, or at least was until just days ago when the show closed its doors for 2013.

With 2 US appearances under its belt, we'd have to assume Honda is extremely interested in gauging US reaction to this rear-wheel-drive electric roadster.

The EV-STER is not an Honda S2000 replacement, nor is it a Mazda MX-5 Miata competitor—the EV-STER is tiny, think Kei car along the lines of the now-departed Honda Beat.

But what it lacks in size, it makes up for in appearance.   The EV-STER is visually stunning and technologically advanced.  It boasts an estimated range of up to 99 miles (on Japan's lenient JC08 test cycle) and zips from 0 to 37 miles per hour in 5 seconds.  Top speed is a rather impressive 99 mph and horsepower is listed at 78.

The design of the concept vehicle is quite bold, but we personally enjoy it.  It's dramatic enough to turn heads, but not too far out there.

Honda isn't ready to officially give the EV-STER the production green light, but judging by the number of times this concept has now appeared on the auto-show circuit, we think Honda is getting closer to making a final decision on this rear-wheel-drive electric roadster.