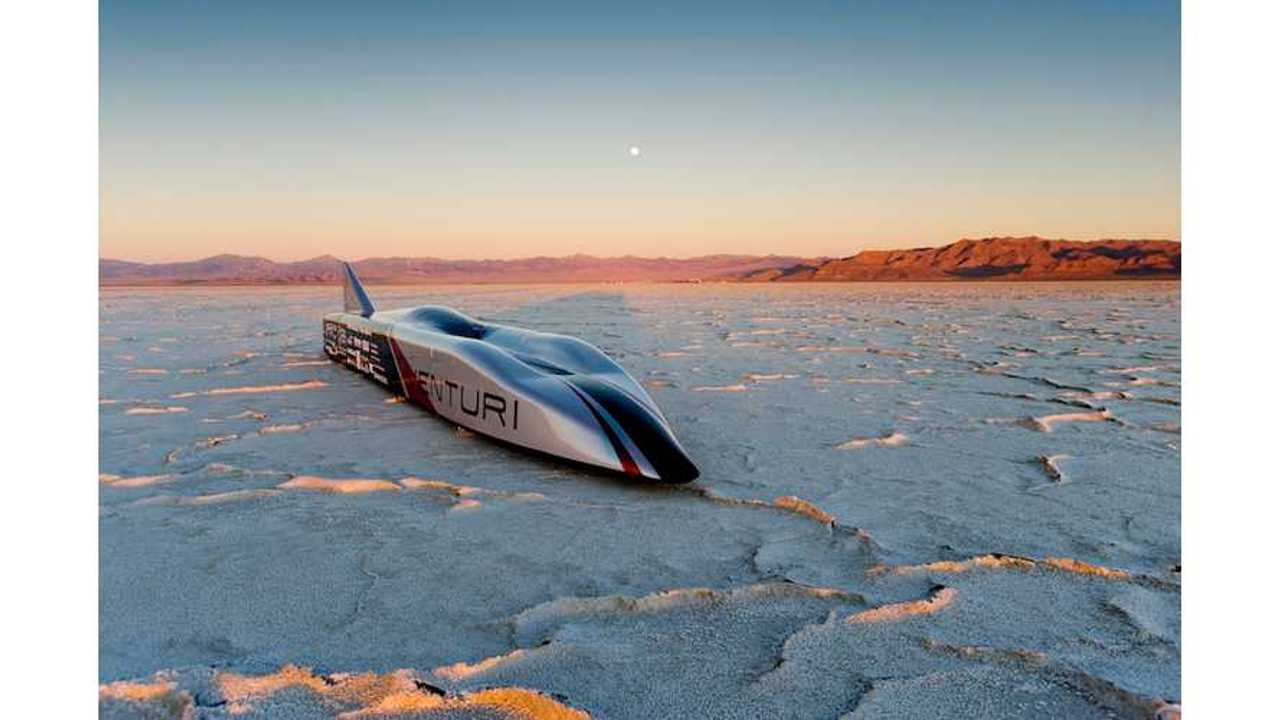 Back in 2009, the electric Venturi Buckeye Bullet, a student-built vehicle developed by a vast team at Ohio State University, claimed an FIA-sanctioned world record of 307.666 miles per hour on a one-mile strip. That same vehicle then hit 320 mph in 2011.

Apparently, there will be 3,000 horses tucked in there.

Bullet 2.5 used A123 Systems'  32113 cylindrical cells.  It's horsepower was listed at an estimated 800, but that apparently wasn't close to enough.

The Ohio State University team is now back at it again and this time the goal is to break past 400 mph.  To get there, the team will field the Buckeye Bullet 3, which is currently under development.

Now, if you assumed a couple hundred extra horses would be needed to increase top speed by one hundred miles per hour, then you'd be dead wrong.  How's 3,000 horsepower sound?  That's the target.

The Buckeye Bullet 3 is tentatively scheduled to hit the Bonneville Salt Flats in September of this year and breaking past the 400-mph barrier is the ultimate goal.

Wanna bet the team will eventually announce that they're shooting for 500 mph?  Any guesses as to how many horses that will take?