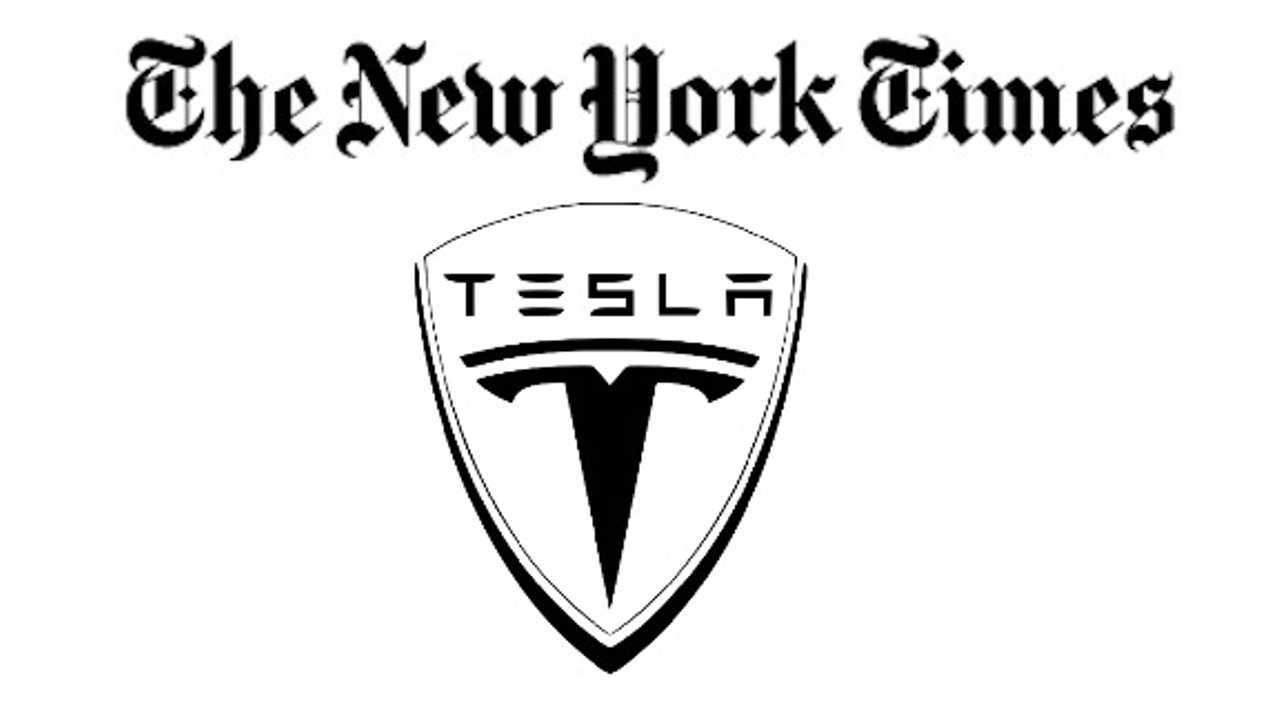 If a refresher is required in this hotly debated Tesla Motors/Elon Musk versus The New York Times/John Broder saga, then please refer to these previous posts here, here, here,  here and here (listed in oldest to newest order).

If not, then here's the latest from the desk of The New York Times' Public Editor Margaret Sullivan, but first here's the description of the exact duties and responsibilities of the Public Editor at The Times:

About The Public Editor

Margaret Sullivan is the fifth public editor appointed by The New York Times. She writes about the Times and its journalism in a frequent blog – the Public Editor’s Journal — and in a twice-monthly print column in the Sunday Review section. The public editor’s office also handles questions and comments from readers and investigates matters of journalistic integrity. The public editor works independently, outside of the reporting and editing structure of the newspaper; her opinions are her own.

With that in mind, here we present a few quotes from Sullivan's recent article, titled "Problems With Precision and Judgment, but Not Integrity, in Tesla Test."

"Unlike Mr. Musk, I don’t claim that Mr. Broder “faked” the story, but he certainly didn’t seem to employ the least bit of care or responsibility in fuel management (required of any vehicle, regardless of fuel type). One can only assume that Mr. Broder’s irresponsibility in fuel management was in hope that something beyond “inconvenience” would happen to make the story more interesting. (Otherwise, no one, including me, would have paid much attention to his article.)" (Note: Roger Wilson of Falls Church, Va., a Model S owner himself, submitted a letter to the NY Times.   This first quote comes directly from that letter.  The following quotes are the words of Sullivan.)

"...although I do not believe Mr. Broder hoped the drive would end badly. I am convinced that he took on the test drive in good faith, and told the story as he experienced it."

"Did he use good judgment along the way? Not especially. In particular, decisions he made at a crucial juncture – when he recharged the Model S in Norwich, Conn., a stop forced by the unexpected loss of charge overnight – were certainly instrumental in this saga’s high-drama ending."

"In addition, Mr. Broder left himself open to valid criticism by taking what seem to be casual and imprecise notes along the journey, unaware that his every move was being monitored. A little red notebook in the front seat is no match for digitally recorded driving logs, which Mr. Musk has used, in the most damaging (and sometimes quite misleading) ways possible, as he defended his vehicle’s reputation."

"People will go on contesting these points – and insisting that they know what they prove — and that’s understandable. In the matter of the Tesla Model S and its now infamous test drive, there is still plenty to argue about and few conclusions that are unassailable."

To our readers, we strongly suggest you read Sullivan's entire post, which goes into much greater detail than we care to here.  Remember, this is not the NY Times' response, this is from the desk of the Public Editor, a person the Times says "works independently, outside of the reporting and editing structure of the newspaper" and reminds us that "her opinions are her own."

Update: Musk Tweets that Sullivan's article has restored his faith in the New York Times.

"We would like to thank Margaret Sullivan and The New York Times for looking into this matter and thoughtfully considering the public evidence, as well as additional evidence provided on background."

"But, most of all, we would like to thank our customers, who rallied immediately to the defense of Tesla and the electric car revolution, sending hundreds of heartfelt letters of support to The New York Times in the space of a few days!"