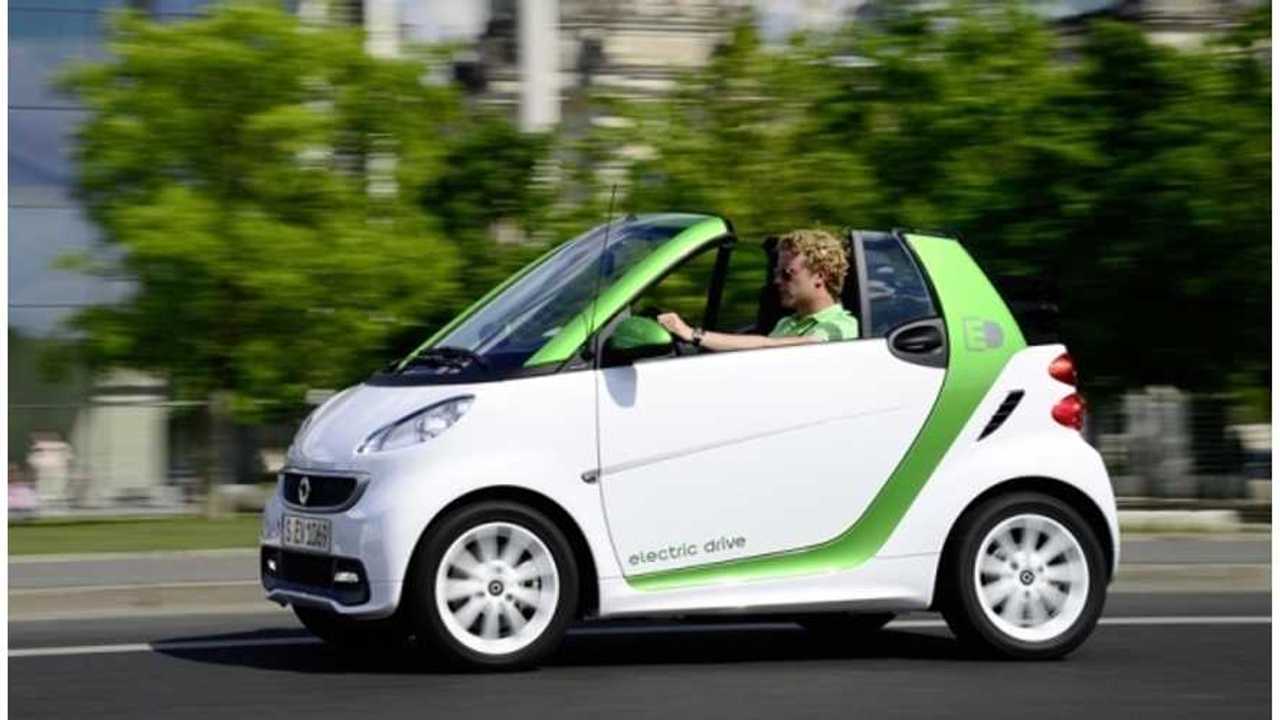 Smart managing director, Annette Winkler, provided Automotive News Europe (sub. req.) with the first indication of what the world can expect in terms of annual sales for the 2013 Smart Fortwo Electric Drive.

Though Winkler declined to directly comment on Fortwo ED sales, she did state that "demand is strong" and that Smart expects its total global sales to be in the "very good four-digit" range for 2013.

A Smart spokesperson provides the rest of the details by telling Automotive News Europe that the electric version of the Fortwo is expected to account for roughly 10 percent of Smart's total sales in 2013.  In 2012, Smart sold 103,738 vehicles around the globe.  If the automaker nearly matches that number in 2013 and the Fortwo ED does account for 10 percent of its total sales, then we can expect to see approximately 10,000 sold worldwide in 2013.

While that figure might seem to be on the low side for a $25,000 electric vehicle, we should point out that the rollout of the 2013 Fortwo ED is nowhere near complete.  The vehicle is currently only available in Germany, Belgium, France, Switzerland, Italy and Portugal.  The US gets the Fortwo ED in Spring of 2013 and 30 additional markets, including China, will supposedly be added at a later date.

So, it's not entirely fair to judge the sales success of the Smart Fortwo ED in 2013.  But come 2014, sales of the electric Fortwo should be at full volume.