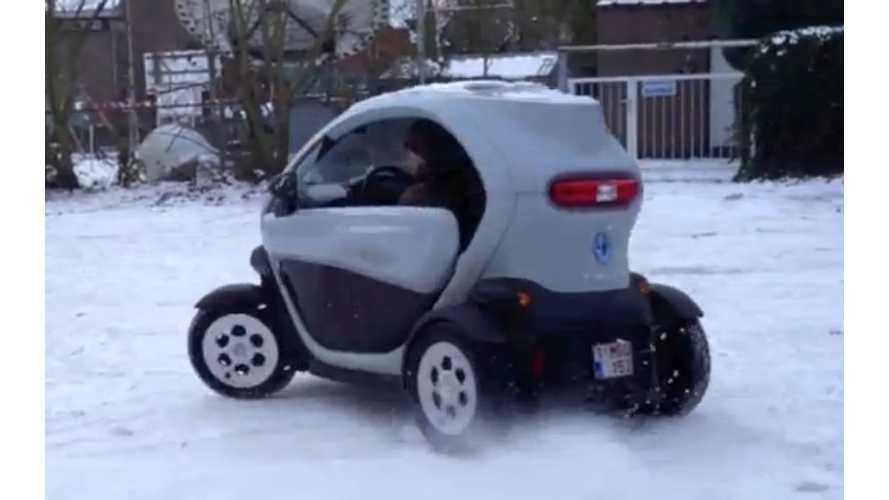 Last week we featured a Renault Twizy squeezing through the offices at Renault's Technocentre in France.  How do we follow up these antic?  It's simple.  Post video of a Twizy outdoors.

Simply driving outdoors isn't quite as enticing as a Twizy zipping around an office, so we've decided to show video of what a hoot it is to drive a Twizy on an iced-over track.

As the Twizy slips and slides its way around with grace and ease, we can't help but think it sure seems to be a blast.

What this Twizy shows is that with only 17 horsepower on tap (Twizy only weighs 992 pounds), driving can still be exciting.   You don't need Viper-like levels of power to zip around and there's something pure about the simplicity of the Twizy.