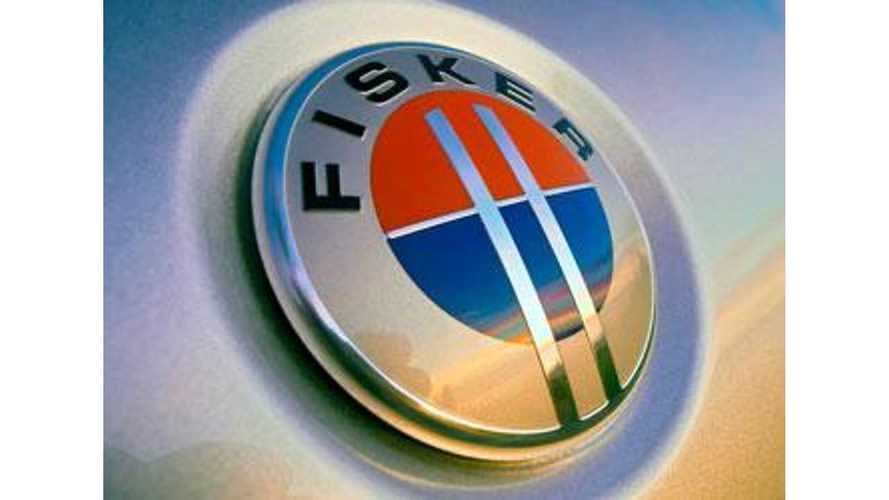 Persons familiar with the dealings inside Fisker Automotive, have told Bloomberg news that Fisker has been seeking bids on the company, and that they have received a  $350 million dollar offer from Chinese automaker, Dongfeng Motor Corp.

Production Of The Karma Has Been Idled In Uusikaupunki, Finland Since July

This $350 million dollar offer reportedly would be for an 85% share of the company; far less than the more than $1 billion dollars that had already been raised privately, illustrating how bad things have been going for the maker of the luxury, extended range, Karma.

In a email with the news service, company spokesperson Roger Ormisher said that, "The company has received detailed proposals from multiple parties in different continents, which are now being evaluated by the company and its advisers."

Another Chinese conglomerate, Wanxiang, purchaser of bankrupt US battery maker A123, who supplied the batteries found inside the Karma, is also said to be attempting to structure some kind of arrangement with Fisker.

Donfeng (via an association with Nissan) Already Has A Little Plug-In Knowledge. This EV Look Familiar?

In the meantime, Fisker has hired Huron Consulting Group to run its day-to-day operations in an attempt to conserve capital as Fisker Karma production has now been idled for 7 months.

It is thought any deal with Dongfeng or Wanxiang would lead to production of the Karma (and other models) being moved to China.

Update:  Now you can add another Chinese automaker - Geely, into the mix, as that company has apparently taken a late lead in the bidding.  According to "sources" Fisker is more interested in partnering with Geely, but they may not putting as high an offering on the table as Dongfeng.  Geely is generally thought to be a faster moving company, and already has a more established base outside of China, as they recently bought Sweden's Volvo from Ford in 2010.