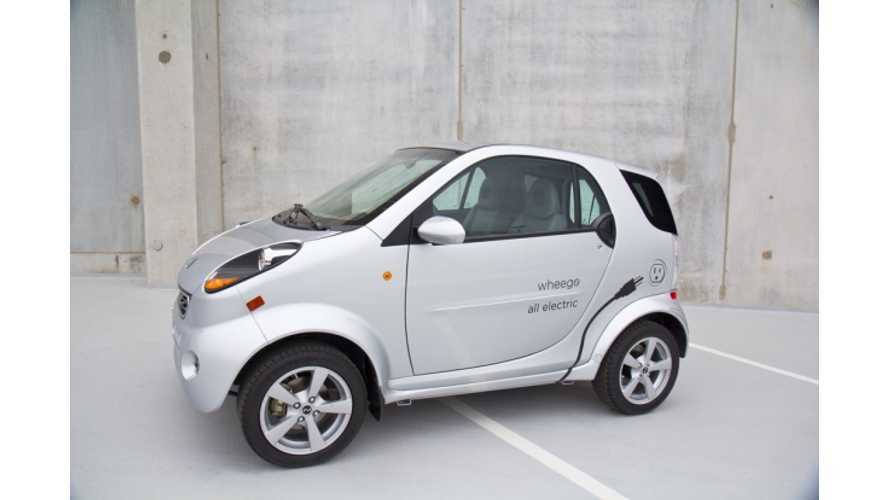 The story here is not that Wheego Electric Cars opened a dealership in Florida, but rather that the dealership that now sells electric Wheegos in Jacksonville use to sell gas-guzzling Hummers.

Earlier this week, Wheego announced that the Nimnicht Family of Dealerships In Jacksonville, Florida will by the state's first Wheego dealership.  The Nimicht dealership sold Hummers prior to the demise of fuel-gulping SUVs.

"The showroom formerly displayed Hummers, and we think this evolution to a green, eco-friendly product and a new technology will serve the Jacksonville market well. The Nimnicht name is highly respected in Florida, and rightfully so. The Nimnichts are the number one Chevy, Buick and GMC dealer in the greater Jacksonville area, and consistently receive top marks in customer satisfaction surveys."

Wheego currently offers two electric vehicles in the US: the highway-capable Wheego LiFe and a low-speed vehicle, the Wheego Whip.

We'll ignore the low-speed Whip, as it's basically a glorified golf cart.  Instead, we'll post specs provided by Wheego for the LiFe:

"The Wheego LiFe is an all-electric, two-seat subcompact car with fit, finish and features designed for today's environmentally-conscious commuters. The LiFe comes fully-equipped with driver and passenger airbags, anti-lock brakes, power windows and locks, and optional air conditioning. The 115V lithium battery pack can be charged from a standard 120V outlet, a 240V outlet or any of the J1772 standard charging stations being installed in public locations throughout the United States. The LiFe travels approximately 100 miles on a single charge. It is available in red, white, blue, black, silver, and green. Starting at $32,995, the LiFe qualifies for a $7500 Federal tax credit."