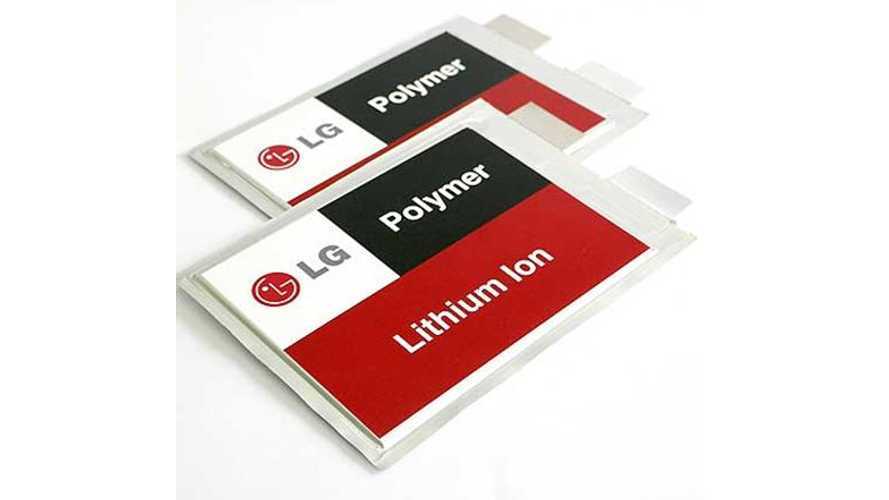 According To Reports, LG Chem's Outdoor Area Is Very Well Maintained (via WoodTV8)

Apparently having battery technicians clean the front lawn, watch movies, play Texas Hold'em, and read magazines (on the taxpayer's dime), over making lithium battery cells is an inappropriate use of government funds.

Well, the DOE does now, as the Office of the Inspector General has filed a report detailing the mismanagement of labor, and the misuse of government funds.

As of now, LG Chem has drawn down $142 million in total of a $151 million dollar Recovery Fund award, and a yet to produce a single saleable lithium-ion battery cell.

The report states that "LG Chem Michigan inappropriately claimed and was reimbursed for labor charges incurred by a variety of supervisory and staff employees for activities that did not benefit the project. "

On the subject of actual battery production that was supposed to power the Chevrolet Volt:

"Based on progress to date and despite the expenditures of $142 million in Recovery Act funds, LG Chem Michigan had not yet achieved the objectives outlined in its Department-approved project plan.  For instance, even though the facility had produced a large number of test cells, the plant had yet to manufacture battery cells that could be used in electric vehicles sold to the public"

As a refresher, according to the DOE, the objective of  funding the LG Chem plant in Michigan was to design, construct, start up and test a production facility for lithium-ion polymer batteries, create more than 440 jobs, and produce enough battery cells annually to equip 60,000 electric vehicles by the end of 2013, with assembly beginning in 2012.

But instead of manufacturing cells for the Chevrolet Volt/Opel Ampera and Ford Focus Electric in Michigan, LG Chem instead chose to import cells from their facility in South Korea, saying they would evaluate opening the US facility when demand increased.

Other points of interest from the OIG report:

Only about 60 percent of the production capacity set forth in the grant agreement was constructed even though nearly $142 of $151 million (94 percent) of the Department's share of project funds had been spent. LG Chem Michigan officials estimated that the Department's 50 percent share of the cost to complete the five production lines called for by the grant agreement would be $22 million, an amount that would significantly exceed the remaining funds available under the grant award. These same officials noted, however, that they had no plans to complete the remaining lines unless demand improved dramatically. We found that LG Chem Michigan had significantly underestimated labor costs and that this was a primary cause of its inability to complete planned construction

Project documentation prepared to support the grant award indicated that production of battery cells would transition from LG Chem's South Korean facility to the Michigan plant beginning in 2012, assuming that demand grew as expected. LG Chem Michigan officials indicated that they had not begun production at the facility because demand for the Chevrolet Volt, the U.S. manufactured vehicle for which the plant was to produce battery cells, had not developed as anticipated.

Less than half of the expected number of jobs had been created to support the project.  The period of performance for the grant runs through May 2013. Yet, based on progress and current plans of LG Chem Michigan officials at the time of our review, the expected benefits of the project are not likely to be realized within the originally anticipated time frames.

The report concludes that the problems identified occurred, in large part, due to grant monitoring issues with LG Chem Michigan and the Department.

"Notably, LG Chem Michigan did not fully realize the grant's target goals, and the Department did not always take sufficient action to ensure adequate oversight of project progress and, in turn, protect the taxpayers $142 million investment in the project.

For instance, LG Chem Michigan officials told us that they made a decision to delay production of battery cells at the Michigan facility. LG Chem Michigan officials made that decision even though demand for the Chevrolet Volt averaged 1,955 vehicles per month in 2012.  That volume could have readily been produced by using the then built-out capacity of the Michigan plant. NETL officials commented that it was anticipated at the time the grant was awarded that the transition of production from non-U.S. sources to Michigan would occur; however, language requiring the shift in production had not been incorporated into the grant.

Nutshell moment:  Its good to write things down, and possibly double-check that money issued is being spend appropriately.

Response: LG Chem management has since concurred with the reports findings, and its  recommendation and has indicated that it had taken and/or initiated corrective action to address issues identified in our report..and they gave back the $842,000 for the high price yard work.

You can read the whole 26 page report DOE report here.

Video (below):  High profile TV report from Wood TV8 that sparked the investigation