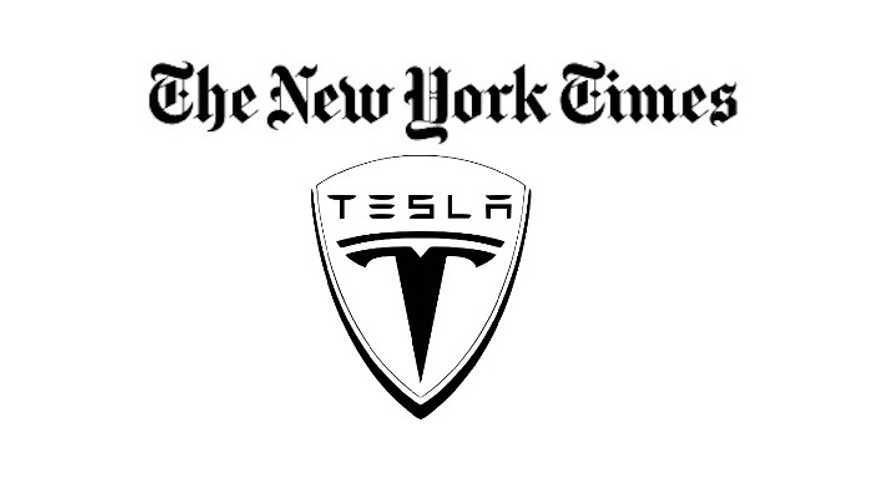 Well, that didn't take long now did it?

The New York Times has fired back on all cylinders.

Yesterday, Tesla Motors refuted the accuracy and accounts of a Model S review published by The New York Times.   The Times’ reviewer still insists that there are discrepancies in Tesla's posted data, but Tesla’s evidence seemed to prove that claims made by The Times were “fake.”

Or did it? Broder has now lashed back against nearly all of the claims made by Tesla CEO Elon Musk.  Is this war or words over?  Doubt it.

"I raised and lowered the cabin heat in an effort to strike a balance between saving energy and staying somewhat comfortable. (It was 30 degrees outside when I began the trip, and the temperature plunged that night to 10 degrees.) Tesla jumped to the conclusion that I claimed to have lowered the cabin temperature “at 182 miles,” but I never wrote that. The data clearly indicate that I sharply lowered the temperature setting – twice – a little over 200 miles into the trip. After the battery was charged I tried to warm the cabin."

The graph below shows that Broder did reduce the cabin's temperature, but not at the 182-mile mark.  However, it seems clear that at some point Broder tried to conserve range by reducing the temperature setting.

Notice the sharp dip in the temperature setting? Though it didn't occur at 182 miles, Broder did seem to act to conserve energy.

And then there's this:

"Instead of plugging in the car, he drove in circles for over half a mile in a tiny, 100-space parking lot. When the Model S valiantly refused to die, he eventually plugged it in. On the later legs, it is clear Broder was determined not to be foiled again.” (claim made by Tesla Motors' CEO Elon Musk on Tesla's blog post)

To which Broder responds:

"I drove around the Milford service plaza in the dark looking for the Supercharger, which is not prominently marked. I was not trying to drain the battery. (It was already on reserve power.) As soon as I found the Supercharger, I plugged the car in."

Data points showing Model S driving in circles. Broder claims he was searching for the Supercharger, which is in an unlit back corner of the parking lot. Locating this requires circling most of the lot

Obviously, there seems to be valid arguments made by both Tesla Motors and the New York Times.  In this a case of right or wrong?  We don't think so.  Misunderstanding between the two sides?  Maybe.

Is it now time that both sides decide to let this go?  Or is more brewing?