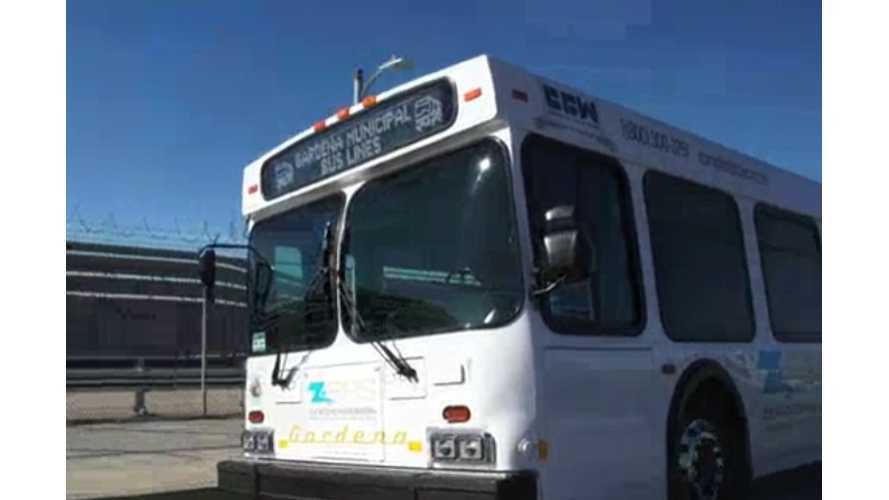 By: Jay Cole
A recent web-episode of Jay Leno's Garage, featured a fairly innovative green idea.  Purchase older buses at their useful end of life, gut their power-trains and give them new life as all-electric transportation vehicles.

Macy Neshati, Vice President of Complete Coach Works, takes us through the process in a fairly interesting video diary of a 1996 New Flyer bus that his company bought, tore down and recycled into an emission free vehicle.

While the new electric motor only has about 170 hp, one of the benefits of electric drive is in lb-ft of torque, and this bus is no exception with over 1,200 lbs of it.

Current range of this particular bus on the show (which was the company's first attempt at an inexpensive conversion) is 90 miles, but Complete Coach Works figures 120 miles is more the norm on the ones that are actually put into service.

According to Mr. Neshati, 80% of city buses have transit loops smaller than 100 miles, so the re-engineering of old buses to electricity makes sense.  Complete Coach Works says these new buses also require much less maintenance than their gas counterparts.

Jay Checks Out The 1,200lb-ft Motor And Some Of The Buses Lithium-Ion Battery Packs

How much energy does it take to drive 90-120 miles in this road whale?  Twelve joined packs combine for 213 kWh of juice.  The bus recharges at 480V/100A, and takes approximately 4 hours to charge.

The approximate cost of a completely refurbished, electric bus is about $500,000, roughly a quarter of what a comparable new electric bus would cost.  The company expects customers can expect at least 12 years of renewed service from their conversions.