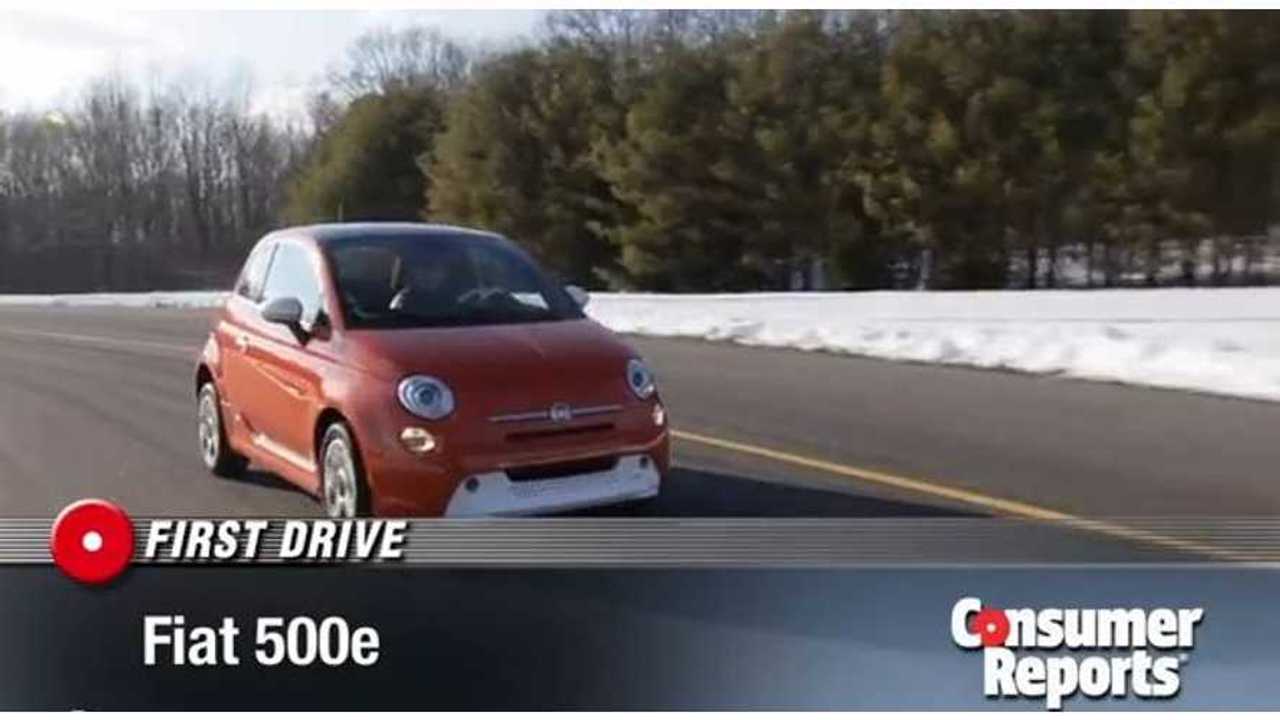 "The Fiat 500e electric car is Chrysler's token entry for complying with California's zero-emissions mandate. In living with the 500e, it was clear that Chrysler engineers didn't just phone this one in; they actually sweated the details and came up with an EV that's fun and appealing."

The 500e's rather sizable 24-kWh battery pack provided roughly 80 miles of range in the hands of Consumer Reports' testers and its robust 6.6-kW charger was a notable feature.  The test vehicle returned roughly 100 MPGe.

Additional information and words of praise are found throughout the video, but here are a few details not mentioned: