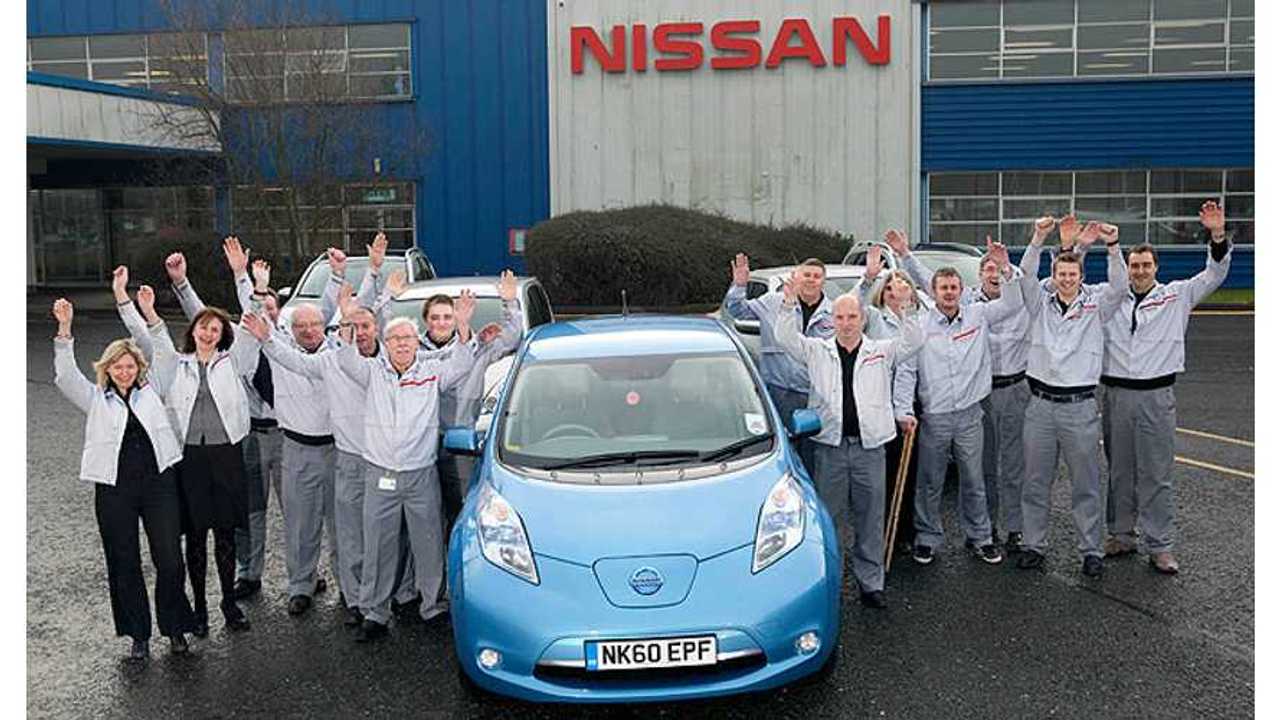 Playing with numbers can occasionally be exciting.  Well, not really, but an examination of the numbers often results in discovery.

When will the LEAF hit 1 percent?  Well, if Nissan stays roughly on track in 2013 and sales close the year near the 1.14-million-unit mark, then LEAF sales need to exceed 11,416 units to reach that elusive 1 percent.

With the price of entry in 2013 now set at $28,800, we think LEAF sales will increase by substantially more than 20 percent, so the LEAF should close out the year above 1 percent of Nissan's total US sales.

But 1 percent of Nissan's sales will only amount to a not-even-noticeable 0.076 percent of the total volume of automotive sales (predicted to be 15 million units) in the US in 2013.

We're not trying to be critical of the LEAF or its sales volume.  Rather, we're just pointing out that in the grand scheme, it'll take a long time before electric vehicles penetrate the automotive market in impossible-to-ignore numbers.