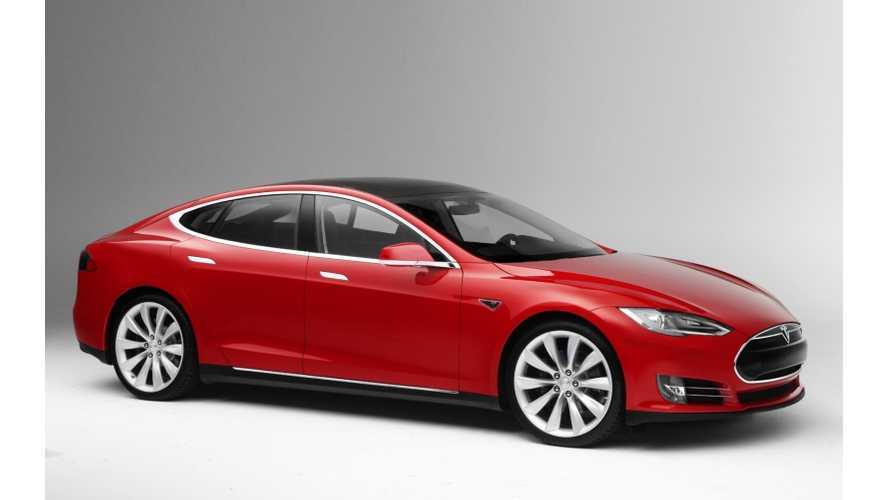 Our timing was a month or so off, according to the latest post on Tesla Motors' blog.

If you recall, we posted on Tesla Model S production hitting an annual rate of 20,000 units in late January, but in fact it now seems that Tesla hit that mark sometime in December.

Here's what George Blankenship, Tesla's vice-president of worldwide sales and ownership experience posted to the Tesla Motors' blog on February 5:

Tesla Model S on the line.

"It’s hard to believe it’s already February. We have a lot of exciting things planned for 2013, but I think it’s important that we reflect back for a moment before we jump forward. 2012 was an incredibly active year at Tesla. We started the year with Model S beta cars and ended with the Motor Trend Car of the Year award. We went from zero production in May to a production flow in December capable of delivering 20,000 cars this year. We opened thirteen new stores and completed more than 5,000 test drives in eight weeks during the summer Get Amped tour. We opened our first eight Supercharger locations."

Is it true that Tesla is ahead of schedule?  All signs point to a "yes," which means the waiting period for a Model S should now be well under six months.  At the moment, Tesla isn't willing to reveal how long a line there is for the Model S, but that will all change when the automaker releases its Q4 figures before month's end.