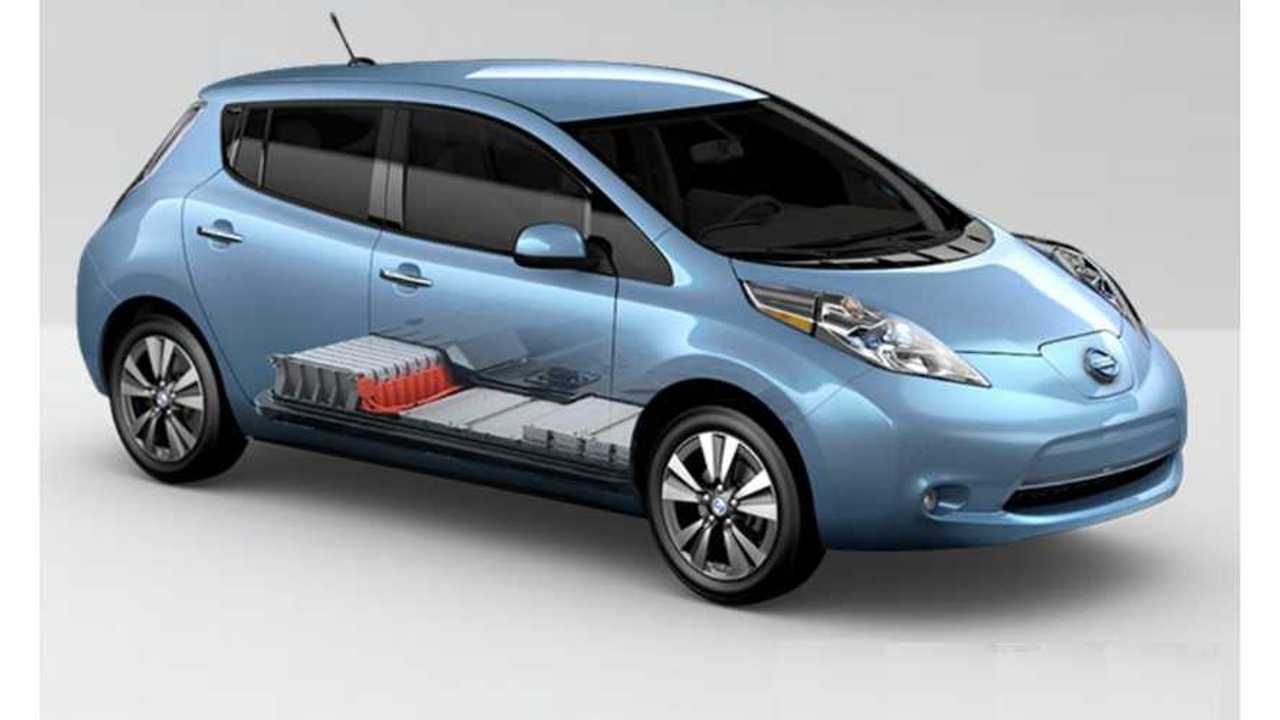 The 2013 Nissan LEAF, which is shortly arriving at a dealership near you, has received (at least on paper) a large efficiency upgrade by the EPA.

In a statement by Nissan, complete with legal disclaimers aplenty:

Projected MY13 EPA Fuel Economy Estimate 130 city, 102 Highway. Nissan testing results are subject to EPA confirmation. Based on EPA formula of 33.7 kW/hr equal to one gallon of gasoline energy, EPA rated the LEAF equivalent to 130 MPG measured as gasoline fuel efficiency in city driving, and 102 MPG in highway driving. Actual mileage may vary with driving conditions - use for comparison only.

The temptation of course is to take that 16% and just gross up the 2012's 73 miles of range to 85 miles, but that is likely not in the cards, as more recent electric vehicles to hit the market like the Fiat 500e and Fit EV (and now the 2013 LEAF) are being tested on the EPA's new 5 cycle test.  We expect something more like 78 or 79 miles.

Still the new efficiencies put in place in the 2013 LEAF have put it close to the top of the class.  Other vehicles rated by the EPA as a comparison

Naturally, when we saw the MPGe efficiency numbers had been released, we immediately pestered the good people at Nissan for the updated range specs:

"Nothing yet but it has to be soon." - Nissan's Director of Corporate Communications

We will let you know as soon as they become available.