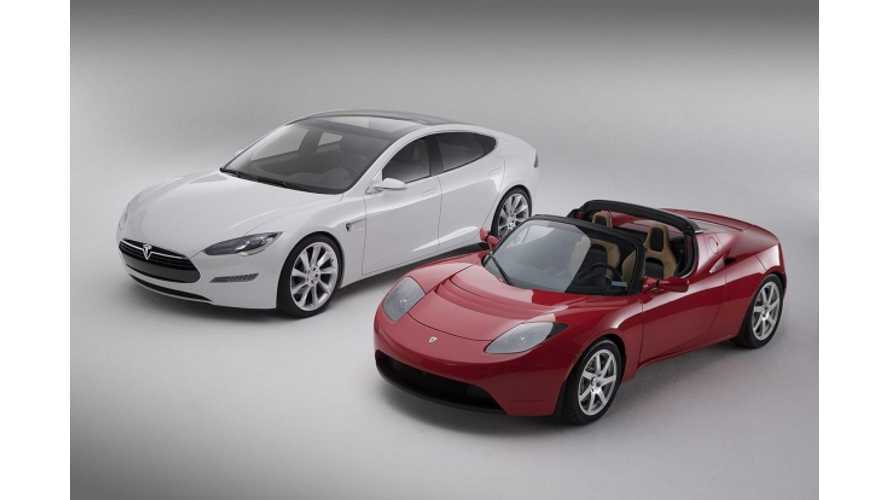 Consumer Reports is a beast.  By this we mean that the influence of this single publication is quite possibly unmatched by any other news/media outlet in the automotive world.

So, when Consumer Reports sounds off, the automotive world should probably listen.

The latest Consumer Reports’ Car Brand Perception Survey has a relative newcomer in its Top Ten and it's none other than electric vehicle manufacturer Tesla Motors.

Yep, Tesla has joined the ranks with the likes of Ford, Toyota, Honda and a handful of other major players in being among the top in the overall perception of brands.

Before we delve into Tesla's position in the Top 10, let's first present how Consumer Reports defines brand perception and how the publication arrives at a final score:

"Based on data collected from a random, nationwide survey, the scores reflect how consumers perceive each brand in seven categories: quality, safety, value, performance, design/style, technology/innovation, and environmentally friendly/green. Combining those factors gives us the total brand-perception score. While the scores reflect a brand’s image in consumers’ minds, they do not reflect the actual qualities of any brand’s vehicles."

Toyota, Ford and Honda blew away the competition.  There's no denying that, but as even Consumer Reports remarks, Tesla is a rare exception here.  The startup automaker has risen quickly, whereas most manufacturers rise and fall at a slow, steady pace.  It's not often that a manufacturer moves around on the Top 10 chart, yet Tesla climbed its way up there in a flash.

"In looking at how the brands rank, it is clear that it takes more than a single ad campaign or new product for most brands to connect with consumers and earn their favor. The rare exception is Tesla, a small, electric-car builder that has garnered awards for its new Model S sedan and made a notable splash in this latest survey. Tesla made the Top 10 list last year with an overall 42-point score, and this year, it again holds the 10th spot with a higher 55 points."

Tesla has a long way to go to reach the Top 5 and it's probably unrealistic to assume that Tesla's climb will continue at a rapid clip, but making the Top 10 is still a worthy achievement and only 11 points now separate Tesla from catching the Ultimate Driving Machine (aka BMW).