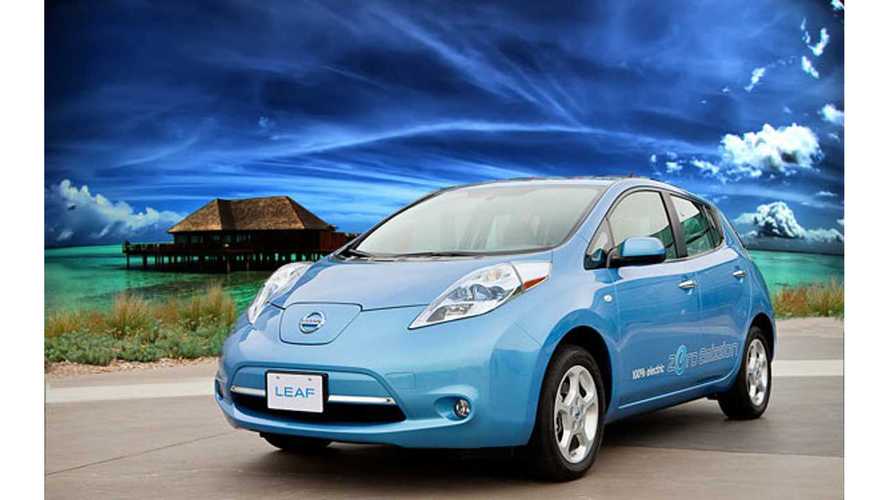 In terms of pure electric vehicles, there's no matching the numbers posted by the Renault-Nissan Alliance.

Nissan boasts only 1 pure electric vehicle:the Nissan LEAF.  On the other hand, Renault offers a wide selection of pure electric vehicles: Fluence Z.E., Kangoo Z.E., Zoe and the urban-oriented Twizy.  With five pure electrics at its disposal, it should come as no surprise that the Renault-Nissan Alliance dominates the battery-only segment.  Here's a look at the global numbers posted by the Alliance in 2012, with a dash of Nissan LEAF cumulative sales data since launch added in for your enjoyment.

According to the Renault-Nissan press blast:

"In 2012, global sales of all zero-emission vehicles across the Alliance were 43,829 units, up 83.8% from 2011 as Nissan LEAF sales increased worldwide and Renault launched two more EVs."

But what's even more impressive is the Alliance's worldwide zero-emissions dominance.  In 2012, the Alliance grabbed hold of 64 percent of the zero-emissions segment and that percentage doesn't include sales of the Twizy, an urban commuter that's not technically classified as an automobile, but as a quadricycle (think motorcycle, but with four wheels) in most countries.

Cumulative sales of the LEAF hit 49,117 units since its launch in December 2010.

On the flip side, Renault's cumulative sales number for zero-emissions vehicles now sits at 18,606 units since the October 2011 debut of its first electric vehicle, the Kangoo Z.E.

Is there any other automaker that's even remotely close to competitive in the zero-emissions space with the Renault-Nissan powerhouse?  We think not.