Tesla Takes The EV Sales Lead For 2013, As Ford Gets A Plug-In Letdown In January 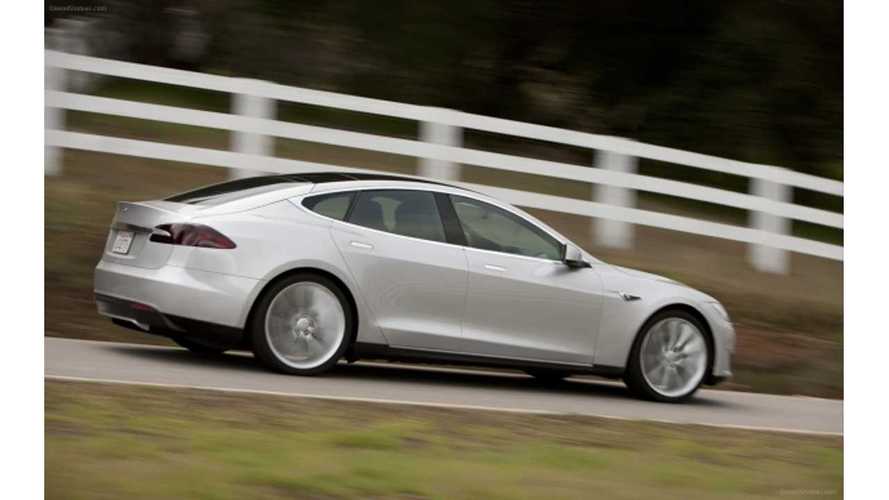 Thanks to a perfect storm of serious inventory issues at both Nissan, Chevrolet, and some disastrous results from Ford in the month of January (also partly to do with supply), an $80,000+ luxury electric car took the sales lead one month into 2013.

Congrats to the Tesla Model S.

Despite A Very Limited Public Presence, Tesla Still Has An Estimated 13,000 Reservations To Work Through

Any by pointing out inventory issues at the major auto makers, we mean to take nothing away from Tesla, as they sold an estimated 1,200-1,600 electric sedans in January (based on a production rate of 400/cars per week being made in January, and tracking customer deliveries during the month).

Even after the above three auto makers stumbled, it was still thought that the Ford, with their C-Max Energi, could take away Tesla's chance to be the first 'non-old school' automaker to lead the US in plug-in sales, when they finally got around to reported sales this week.  But that was not the case.

For The First Time, Ford Had Some Trouble Moving The C-Max Energi

Still, it seems unlikely that even with a full complement of C-Max Energis, Ford could have taken the sales title away from Tesla this month.

As for Ford's other plug-ins, never a serious contender to challenge for any sales records, the Focus Electric also stumbled in January with only 81 units sold, down from 167 in December.  We are still waiting on results from the Fusion Energi, but we expect it to fare no better than the Focus Electric, as it only went on sale this month, and it starts at around $40,000.

UPDATE:  Despite some inventory of the Fusion Energi registering in dealerships currently, Erich Merkle, head U.S. sales analyst at Ford Motor Company, replied to our inquiry about the Fusion Energi sales for January with a confirmation that none were sold during the month:

"Sorry,  but I don’t have any Fusion Energi’s to report for January. I will put them in the report when we begin selling them."

Looking ahead to this month:

Tesla is expected to sell between 1,600 and 2,000 Model S sedans, as the California company started producing its mid-grade, 60 kWh, version of the Model S, while working through the balance of an estimated 13,000 reservations yet to be filled.

Next month's anticipated result from Tesla may yet also be decent enough to claim victory again for February, as the Chevrolet Volt is not expected to return to numbers in excess of 2,000 units until March when seasonal demand picks up, and Nissan execs say that it will also take until March to completely re-fill the dealership pipeline with 2013 LEAFs.

So for at least a little while, Tesla can say they are the number one electric car maker in the country.