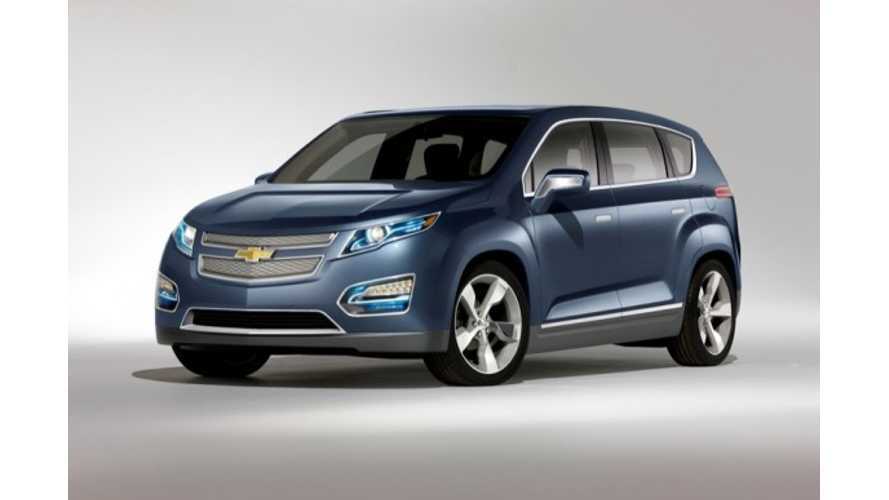 It's still a possibility that General Motors will eventually launch a Volt-based crossover vehicle at some point in the not-so-distant future.

According to blog site GM Authority, General Motors has been granted a trademark extension on CrossVolt.  It's believed that GM is holding onto this trademark just in case it decides to green light a crossover with Voltec technology, similar to the Chevrolet Volt MPV5 Concept that debuted way back in April 2010.  The MPV5 Concept featured seating for five in what was described as a mini-minivan setup.

Some deeper digging revealed that the extension on the CrossVolt trademark was actually granted back in August of 2012.   A portion of that extension filing reads as follows:

"The applicant has a continued bona fide intention to use or use through the applicant's related company or licensee the mark in commerce on or in connection with all of the goods and/or services listed in the Notice of Allowance or as subsequently modified for this specific class."

"This is the second extension request.   The applicant has made the following ongoing efforts to use the mark in commerce on or in connection with each of those goods and/or services covered by the extension request: product or service research or development."

As long as GM continues to hold this CrossVolt tradermark, then there's still hope for the thousands out there demanding a five-seat, crossover Volt.