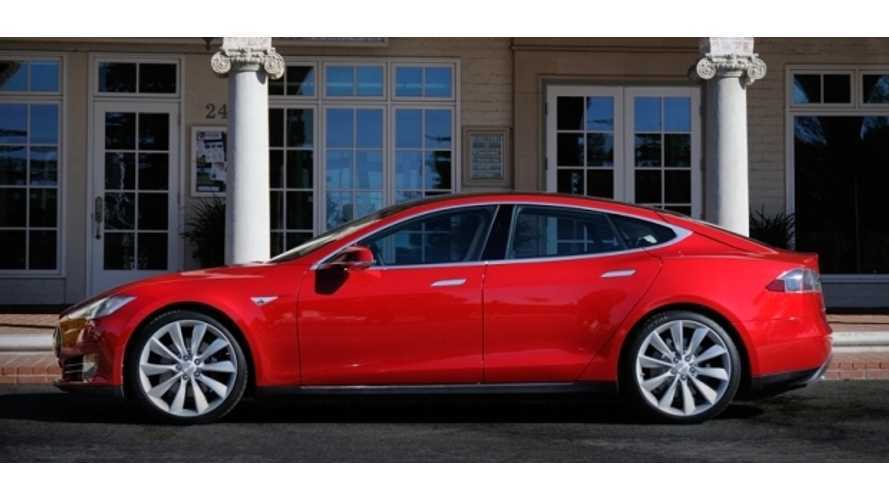 Often times, automakers figuratively shout out loud when a vehicle enters the production cycle, but that's not the case at Tesla Motors where no announcement came regarding the US introduction of the 60-kWh (208 miles EPA rated) version of the Tesla Model S.  Only reports of deliveries this week  from customers have tipped us off.

This is not surprising considering that Tesla Motors told us back in December that January would mark the beginning of production and deliveries of the 60-kWh Model S.   Here's a snippet of a production update report we did in early December:

Below is the current Production Sequencing Timeline for 2013:

We're well aware of several individuals who've taken delivery of their 60-kWh Model S and this number will only continue to grow in the coming months.

Next up for Tesla is the lowest-priced 40-kWh version of the Model S.  This vehicle has no official EPA rating for range right now, but we expect that to change soon.

Tesla claims it's good for 160 miles (at 55 mph), but that doesn't correlate with EPA test methodology.  For example, Tesla lists the range of the 60-kWh version at 230 miles (at 55 mph), but the official EPA rating is 208 miles.  Therefore, we expect the 40-kWh version to carry a final EPA rating of approximately 150 miles, a number which still beats all other readily available pure electric vehicles offered in the US.