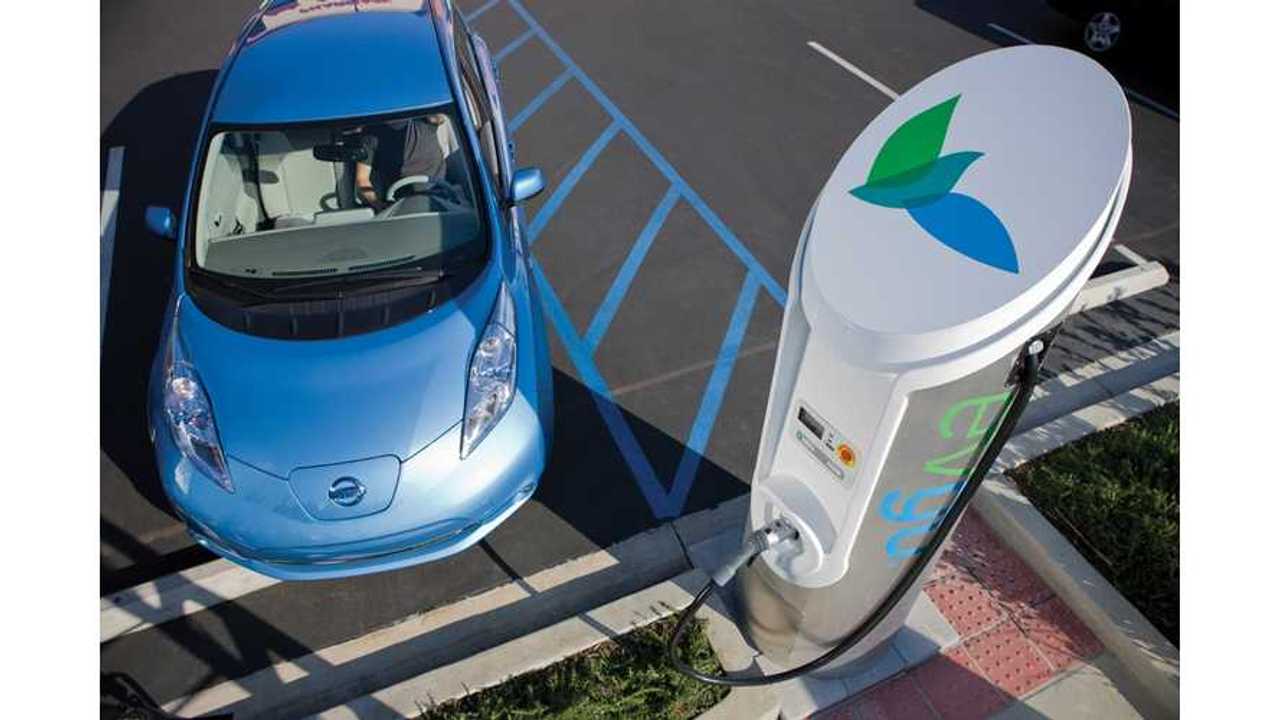 The prospect of being able to fast-charge your plug-in car in the United States (and the Washington D.C. area especially) just got a lot more realistic today, as Nissan made a big announcement about the future of the public charging infrastructure throughout the country today at the Washington Auto Show.

Just a few days ago we reported that over 2,000 public DC fast charging stations had now been installed around the world.  However, the amount of fast-charging available in the United States, where arguably it is needed the most, was still lacking:

Today, Nissan, with some help from NRG Energy's eVgo Freedom Stations, says they are going to triple that US number by themselves over the next year and a half by adding 500 new stations to the infrastructure; with 40 of them going specifically into the greater Washington D.C. area.

Of note: currently, Washington D.C. has no fast chargers at all.

In Washington specifically, Nissan is teaming up with NRG’s eVgo network at 40 eVgo Freedom Station sites around the area.  Each of these Freedom Station sites will have a Nissan fast charger present that can 'refill' a LEAF by 80% in about 30 minutes, as well as at least one Level 2 240V terminal.

Coming In The Spring of 2013 The Smart ForTwo ED (seen here in convertible trim at an eVgo station) Unfortunately Only Comes With 3.3 kW, Level 2 Charging Abilities

Nissan is also working with 30 of their own dealerships in a case study to determine how to "best leverage" dealer participation within the fast-charging infrastructure to provide public access, in a move similar to the fast charging network the company currently employs in Japan.  Nissan tells InsideEVs that these dealer-based stations will all be based on the west coast.

And yes, Nissan also let us know that the 500 new fast charging stations all use the existing CHAdeMO standard.

It looks like SAE and the new Combo plug system (that currently is still waiting on its first public fast charging station) is in for a much tougher battle in the US than they originally expected.

You can read Nissan's official release on the program here.