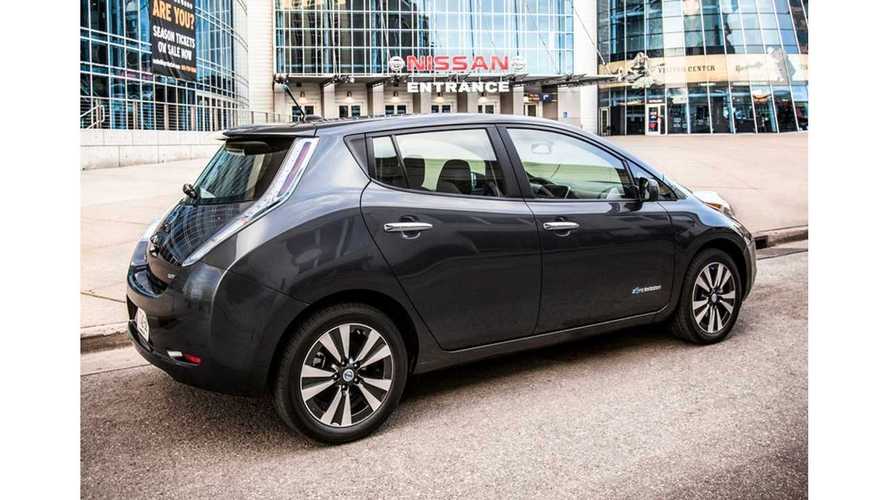 In an effort to clear out 2012 LEAF inventory ahead the arrival of the updated 2013 lineup (which now starts at $28,800), Nissan, along with their dealers, heavily discounted all the existing inventory last month.  Rebates started at $5,500 and ranged up to almost 10,000.

And it worked.  But maybe too well.

Nissan's Director of Corporate Communications, filled us in on the situation on 2012 LEAF inventory, and short-term sales expectations for the model:

"The current model ’12 Nissan LEAF is approaching a sold-out scenario as we prepare to introduce the upgraded 2013 model, which will go on sale in February.  That increased sales pace of about 1,500 units per month during the 4th quarter of 2012 means that we now are almost out of MY ’12 LEAFs. We won’t be able to meet that pace again until we can fill the channel with the new supply of ‘13s from Tennessee."

Nissan tells us that they entered January with less than 900 vehicles still available to be sold at the dealership level, and although "the remaining units are dispersed across the 50-state network, we anticipate that we’ll be able to sell the majority of those this month."

We Have Now Exhausted All The Decent Photos We Have Of The 2013 LEAF...So Here Is A Shot Of The Cupholders. Enjoy!

The 2013 Nissan LEAF has already entered production in Smyrna, TN, and the first retail units are expected to reach dealerships at the beginning of next week.

However, Nissan says that fully filling the distribution channel will take until March, and "the sustained higher demand for LEAF is creating a shortage in the supply that will last until the pipeline is filled with new 2013 models..."

"The Nissan LEAF sales rate grew significantly in fourth quarter, which resulted in dealers starting January with an even more limited supply of the electric vehicles than we anticipated. We’re currently on track to sell more than 80 percent of that available inventory in January, which puts us in an ideal position to release and ramp up supply of the enhanced 2013 LEAF in February and March.”