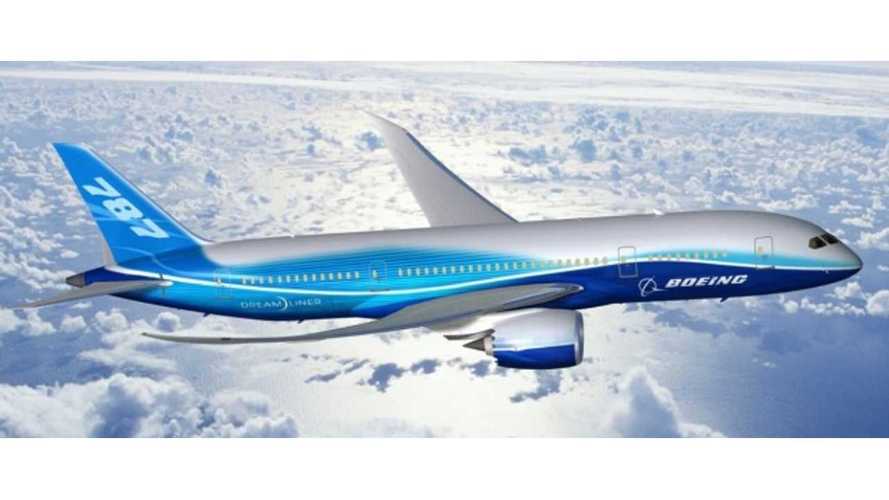 Tesla's Elon Musk knows flight almost as well as he understands electric vehicle and since both can now operate with lithium-ion batteries, Musk feels he's the man to call upon when assistance is needed.

In a January 26 tweet on Twitter, Musk told the world that he was in talks with the chief engineer of Boeing's 787 Dreamliner, which regulators have grounded indefinitely after battery meltdowns.

Musk, who is CEO of both SpaceX, and Tesla, seems eager to help Boeing, perhaps even by offering up his firms' lithium-ion battery technology and expertise.

On January 18, Musk tweeted, "Maybe already under control, but Tesla & SpaceX are happy to help with the 787 lithium ion batteries."

US and Japanese authorities are investigating meltdown/fire incidents with lithium-ion batteries on two Dreamliners in recent weeks.

The 50 Dreamliners in service are grounded until the US Federal Aviation Administration is convinced that the battery issue is resolved.  Intensive testing is currently underway.

"We fly high capacity lithium ion battery packs in our rockets and spacecraft, which are subject to much higher loads than commercial aircraft and have to function all the way from sea level air pressure to vacuum. We have never had a fire in any production battery pack at either Tesla or SpaceX."

The battery chemistry used by Boeing is not the same as what's found in the Tesla Model S.  In fact, few electric vehicles use a chemistry similar to what's utilized in the 787 Dreamliners.  GS Yuasa supplies a cobalt oxide (CoO2) based battery to Boeing for use in the 787.