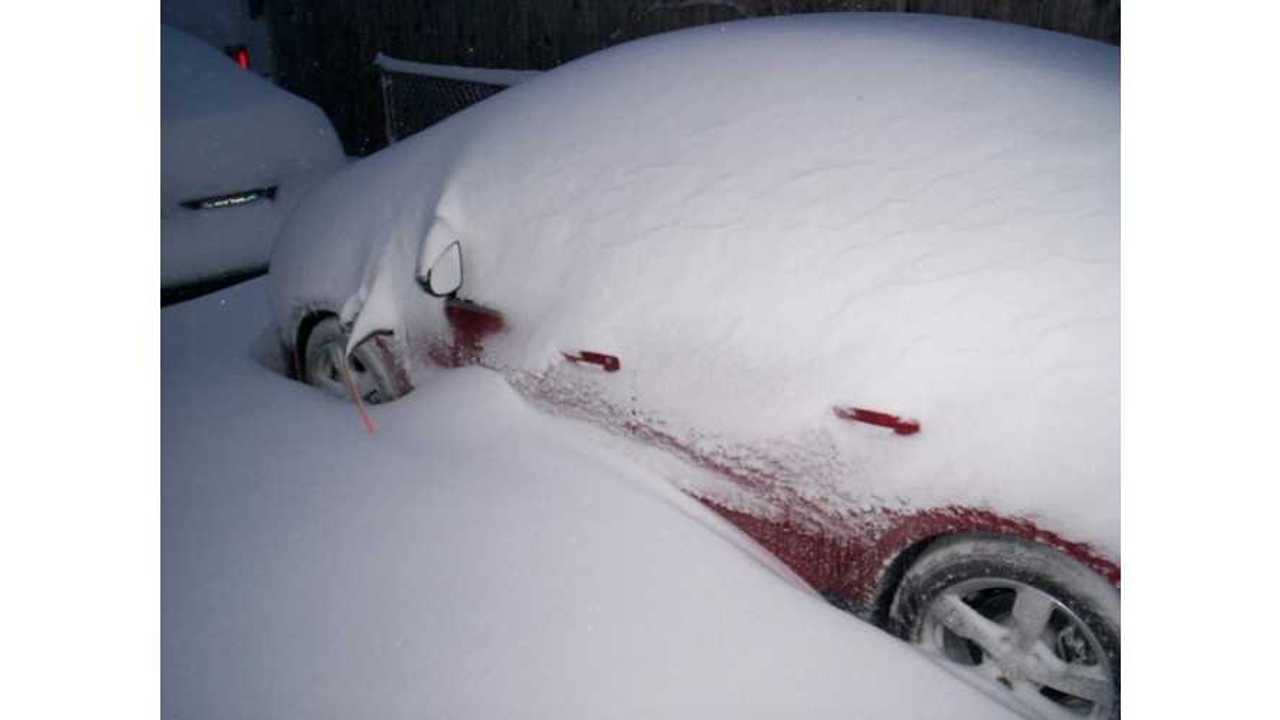 Frigid temperatures are upon us Northerners and, as expected, that typically translates into reduced electric range.  But what's the expected reduction?

Most automakers skirt around this by simply saying range will be reduced in extreme temperatures, but that's not the approach taken by General Motors.

GM provides us with this number: 13

Several factors come into play, including driving style and use of the Volt's HVAC system, so that 13-mile figure is only an estimate.   Malcho advises that Volt owners conserve range by relying heavily on the heated seats, rather than on the power-heavy HVAC system.

Malcho further suggests that EV Hold mode be initially used when the 2013 Volt is first fired up on cold mornings.  As Malcho explains,

"You start the car using gas because it's more efficient, and once the car is warmed up, then you turn it back over, and you use your battery so you'll get more miles."

The frigid temps are upon us and there's no way to convince Mother Nature to warm us up soon.  But there are ways to reduce the range-sapping effects of cold temps.