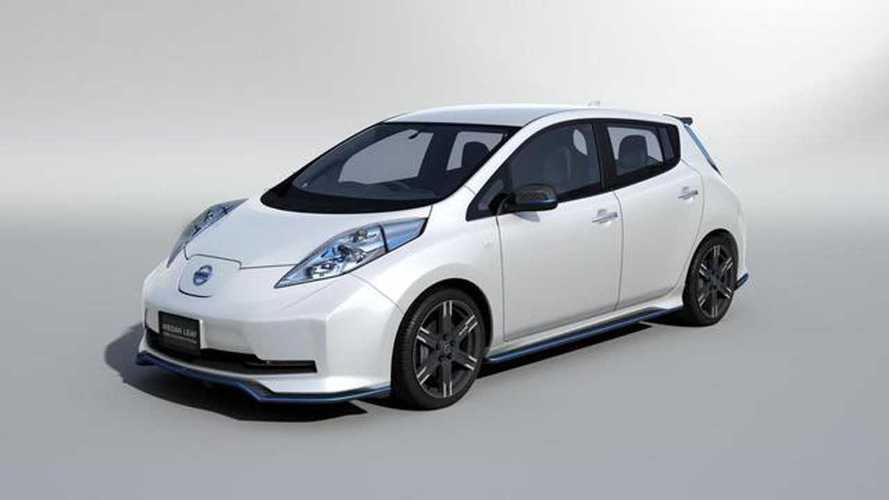 There's little information available, but according to Autocar, Nissan confirmed production of the LEAF Nismo, so it's no longer only a concept.

The LEAF Nismo differs only slightly from the standard LEAF, so there's not much to add in that regard.  It features a aerodynamic body kit that seems to nearly scrape the pavement, some fancy alloys and a few interior tweaks.  Performance remains the same as the standard LEAF, though drag may be reduced slightly, thus extending range a bit.

How's that road-scrapping body kit look to you?

Here's the interesting bit: Nismo chief Shoichi Miyatani told Autocar that the LEAF Nismo will initially be offered only in Japan, but did say the automaker would gauge reaction to this modified electric hatchback before considering whether or not to launch it in additional countries.  So, it may be US bound if we show demand.

The LEAF Nismo will reportedly enter production this summer.   There's no word yet on pricing or final specs for this slightly modified version of the LEAF hatchback.

What's your take?  Should Nissan offer the Nismo LEAF in the US?  Or is demand likely to be too low for a vehicle as lightly modded as this one?