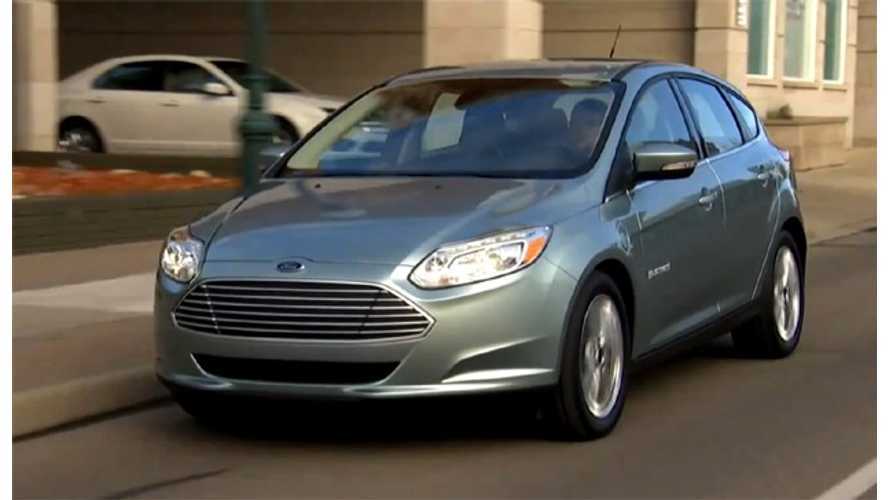 According to Consumer Reports, the Focus Electric "builds on the great handling and refinement of the conventional Focus and adds instant, silent power and the second best fuel efficiency Consumer Reports has recorded the equivalent of 107 mpg (or 3.18 miles per kilowatt-hour)."

Consumer Reports continues to pile on the praise, stating "Add to those qualities a quiet interior and an upscale overall feel, and you can mostly justify the off-putting purchase price: nearly $40,000 before the $7,500 tax credit. But current lease deals of $199 a month make the Ford Focus Electric very attractive."

The only knocks on the Focus Electric include its "cramped rear seat and the maddening MyFord Touch touch-activated climate and audio controls. In addition, the lithium-ion battery packs consume much of the modest cargo space."

CR concludes with this statement:  "But if you're seriously considering an electric car, the Focus is one of the best you'll find right now."

Okay.  So the Focus Electric fared well, but did the Mitsubishi i impress?  The short answer is "absolutely not."

Consumer Reports opens with this statement: "The i-MiEV may fulfill its mission to be an efficient and basic urban runabout, but I don't think it's a car in which anyone will be happy spending time."

Shortcomings, according to Consumer Reports, are numerous, including clumsy handling, a bumpy ride, limited cruising range, a tiny, tinny feel, slow responses, a cramped interior that's spartan and unappealing and the list continues to go on and on.

In summary, Consumer Reports called the Mitsubihi i an expensive "glorified golf cart of limited use."  Ouch!  And even added that the diminutive i made them feel vulnerable sharing the road with "real" automobiles.

Neither vehicle received a "Recommended" rating.  Both lack sufficient reliability data.  And the Mitsubishi i scores too low.