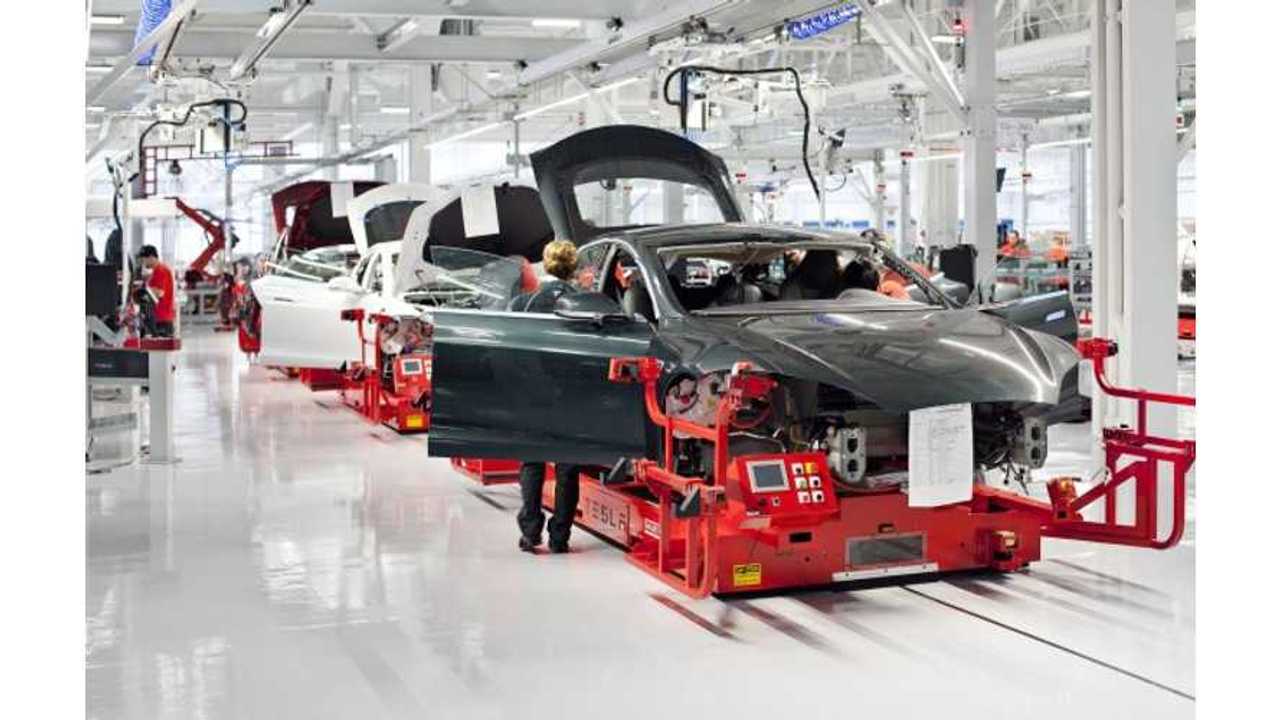 Well, that's the latest word from the automaker's director of Model S programs, Jerome Guillen, who told Automotive News (subscription required) that its assembly site is now running at capacity of 20,000 Model S electric sedans per year.  If true, this means that the waiting period for the Tesla Model S is now under six months.

And this bit of info continues to pop up each and every time that Tesla CEO Elon Musk is quoted: an electric sedan (a BMW 3 Series fighter) will arrive within four year's time with a target price of $35,000.   As Musk told Automotive News:

"The focus is on cost down.  We've got the range. We've got the capability and ride and handling. Now it's a question of how to optimize it."

Lastly, if production of the Model S truly stands at an annual rate of approximately 20,000 units per year, then Tesla Motors is roughly on track to produce as many plug-in vehicles in 12 month's time as General Motors.   How's that for a startup automaker?  Is it now time to drop the "startup" and instead consider Tesla a "real" automaker?