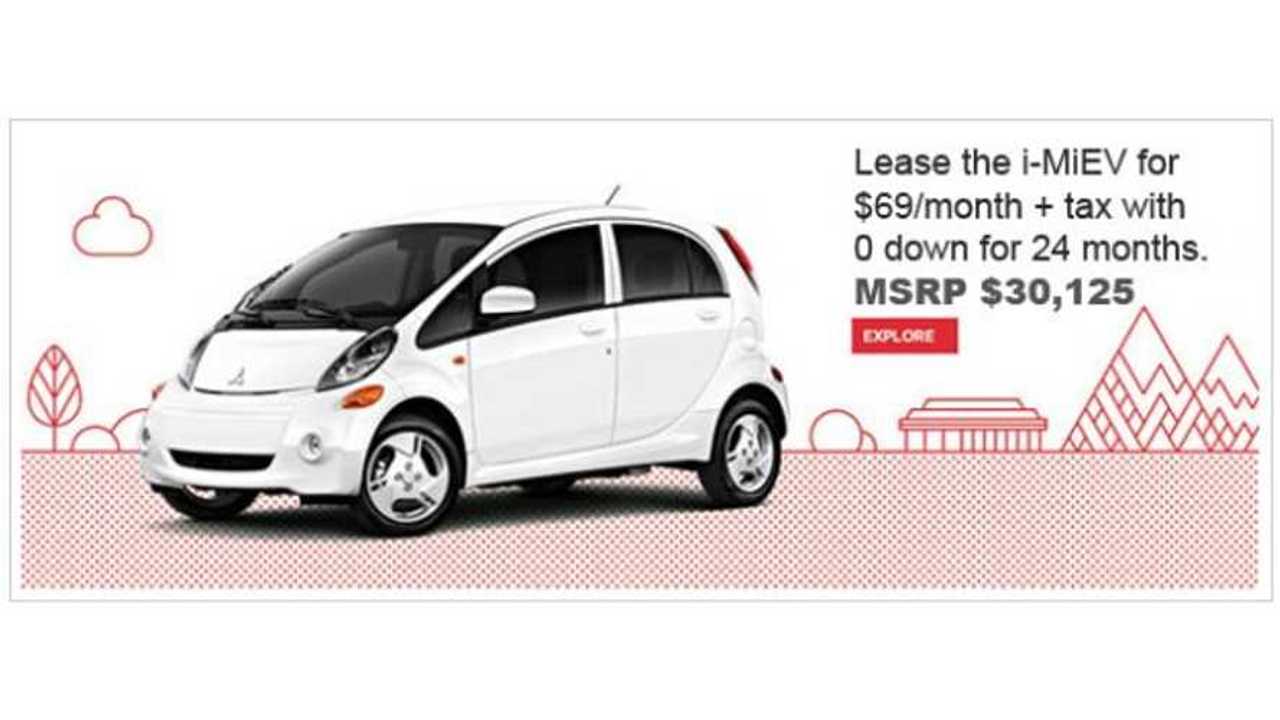 Is this the deal of the century?

Well, that depends on whether or not the Mitsubishi i, with its limited range of only 62 miles and less-than spectacular performance, suits your needs.  If the i is right for you, then you'll want to jump on this deal as soon as possible.

O'Brien Mitsubishi of Normal, Illinois is offering a killer lease deal on the i electric vehicle.  At $69 per month for 24 months, this absurdly low lease seems to good to be true, but it is.  According to AutoblogGreen, the fine print for this lease special is as follows:

Since individual dealers are able to play with lease rates to arrive at a monthly payment that they believe will move vehicles quickly, we thought it beneficial to post Mitsubishi USA's nationwide lease offer on the electric i: $249 per month for 36 months.  The fine print on this one reads:

If leasing isn't your cup of tea, or you're not interested in road-tripping it to Illinois, then you can buy the i at any certified Mitsubishi dealership for an after-incentive price of only $21,625.  But we urge you to sample the Mitsubishi i first, as it's often reviewed rather negatively.