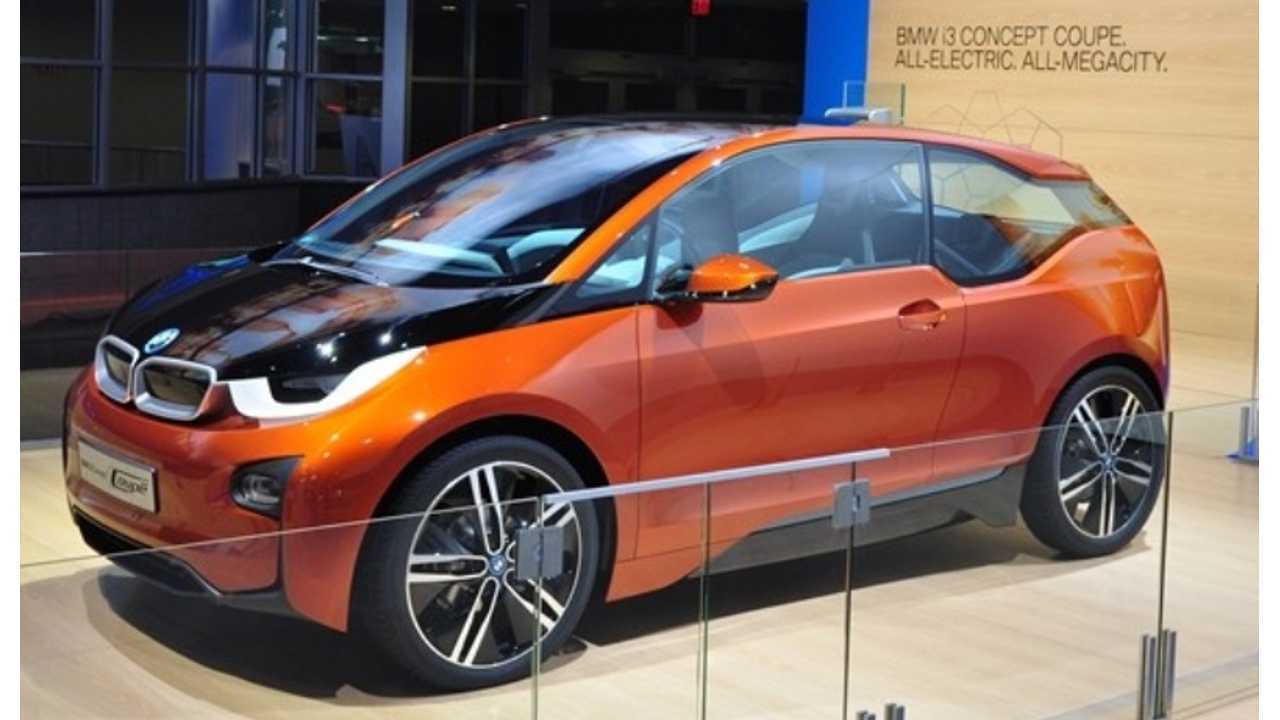 An interesting aspect of the all electric i3 when in comes to showrooms in the fall of this year, is that it doesn't have to be all electric at all.

For a price (which is still undetermined), buyers of the 90+ mile electric vehicle, can also add a range extender engine option to enable the car to travel even further, while taking the worry (and the wait) out of finding a charger when the vehicle is away from home and low on power.

"I imagine many buyers will order the range extender to cure their range anxiety, discovering later they need it very seldom," Herbert Diess, BMW's head of Research & Development Diess told Automotive News at the NAIAS this week.

This extender is not on par with the likes of the Chevrolet Volt, or C-Max Energi, but is intended to serve more as a back-up to primarily driving on electric power.

The 2 cylinder motor is taken from a motorcycle and is housed smartly in the rear.  The unit does not directly connect to the wheels, but rather to a generator that charges the battery, so output (and performance) is sure to be very low.

We imagine that being under-powered when switching to gas, is still much more preferable than being completely out of energy to drivers of the BMW plug-in.

The range extender option adds about 160 more miles of range to the vehicle, bringing the total range up to about 250 miles according to Mr. Diess

"I imagine many buyers will order the range extender to cure their range anxiety, discovering later they need it very seldom. For those who plan a daily use of the range extender, the i3 is probably not the right choice and a plug-in hybrid model is a more suitable solution."

The BMW boss says he expects about 50% of the i3s sold initially to be optioned with this feature, but eventually settling down to about 20%.   It is expected full pricing details on the standard i3 (estimated around $45,000) and the range extender will be announced at the Frankfurt Motor Show next September just before the car goes on sale.

BMW i3 Concept On Display Earlier In London