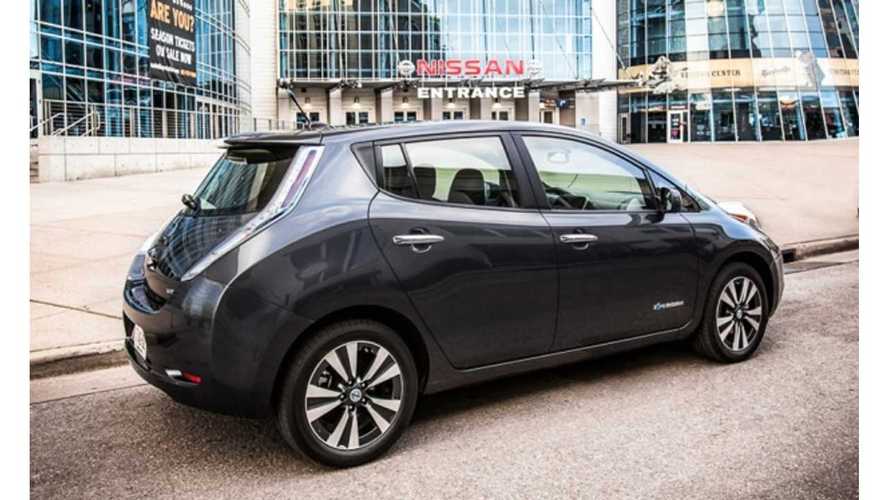 Is this a look into the future for the US when manufacturers $7,500 federal credits expire?

It was only two months ago that Nissan revealed the new 2013 LEAF lineup and pricing in Japan, but apparently pressure to both boost short-term sales, and to get ahead of this year's government subsidy on EVs expiring at the end of March (currently worth 780,000 yen).    Japan has yet to outline what the subsidy level for 2013 will be set at.

Nissan posted a bulletin on their Japanese site that further deductions (up to 280,000 JPY, incl tax..about $3,100 USD) would be applied to the model starting now.

Nissan executive Takao Katagiri explained it to SankeiBiz this way, "...after some improvements, the reaction of customers was good but you want to increase sales really is needed cheap price." (via Sankei Biz)

In December, Nissan sold 870 LEAFs in Japan.  And while that number is not bad, it is thought Nissan wanted to sell at least 1,500 a month going forward.

Top Of The Line SL Trim Of The 2013 Nissan LEAF

Starting in April, the entry level S model LEAF will officially be priced at around 3 million JPY before 780,000 yen rebate, bringing the net price to 2.213 million (even cheaper regionally), or about $24,600 USD.  Customers between now and April will get a bonus of sorts, as they will receive a "coupon" worth 280,000 JPY to be used at any Nissan dealership for future cars and/or parts and service.

This price cut represents about 35% of the value of the incentive that would be lost, provided it was eliminated completely.   That would translate to about $2,625 in the US, if it was the $7,500 federal credit that was being lost, and may foreshadow the amount of price reductions we could see at that time.

Response, and a hat tip to Kane at Samochody Elektryczne for the lead.