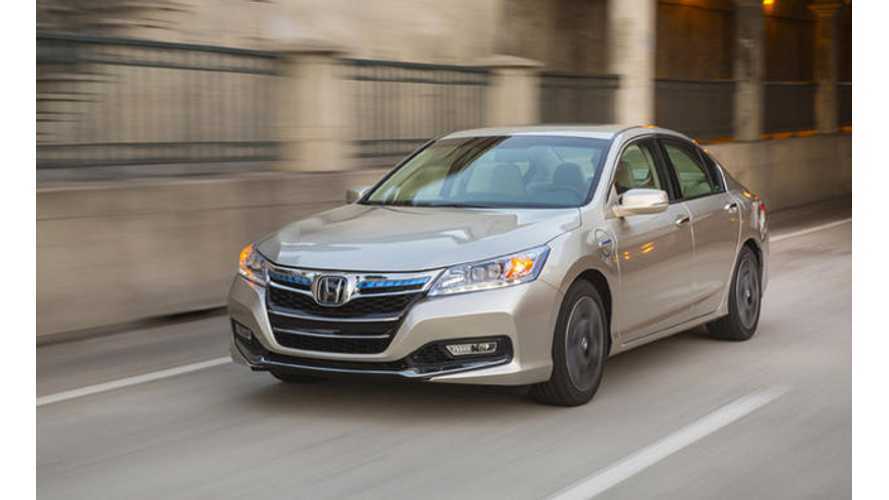 The "most fuel-efficient sedan in America," the 2014 Honda Accord Plug-in Hybrid, went on sale last week (January 15) at select dealerships in New York and California.

Though pricey ($39,780), the Accord PHEV boasts specs that put it in the top of its class.  The Honda Accord Plug-In is rated at 13 miles of electric-only range by the EPA and gets a gasoline fuel-economy rating of 47/46/46 mpg (city/highway/combined).  It earned the highest EPA MPGe rating (115 MPGe combined) in its class (mid-size hybrid vehicles) and is the first production vehicle to meet California's stringent LEV3/SULEV20 emissions standard.  And yes, the 2014  plug-in Accord qualifies for single-occupant HOV lane access in California.

Obviously, the Accord PHEV isn't priced to sell in massive numbers and, as is the case with the Fit EV, Honda shows almost no interest in pitching this plug-in to the masses.  Instead, in Honda's words, the Accord PHEV will be "subject to limited availability" and only offered in New York and California.  At least for now.