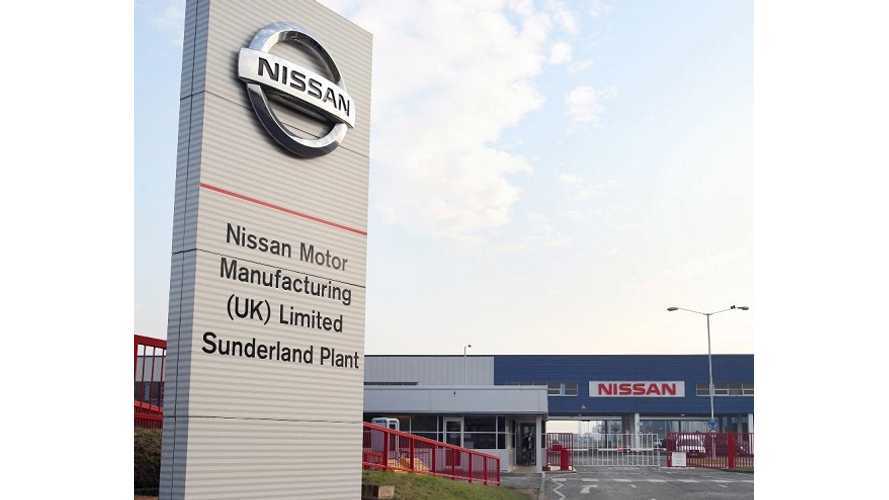 In November a huge battery operation, capable of producing up to 200,000 LEAF-sized packs opened in Tennessee.  That plant now supplies the nearby full production assembly line, which began producing US-made LEAFs (some starting as low as $28,800) just this month.

Isn't This Toyota's Kind Of Press Image? (via TheSun)

Now comes word, that this same process is well underway in the UK, as sources inside Nissan say that battery production in the company's Sunderland facility kicked into high gear last week and started producing their own locally sourced packs; a must for discounting their version of the 2013 model lineup.

The plant was first announced in July of 2009, and-Prime Minister Gordon Brown said at the time that Nissan had "proved by your productivity, by your excellence, by your quality that new investment should come here.  What Nissan is doing here today is creating a new facility for battery production, but also a centre of excellence for the whole of Europe. The rest of Europe will look to Nissan here in Sunderland for leadership"

Today, the plant currently employs about 200 people as it begins to ramp up to the estimated 60,000 packs a year Nissan estimates it might need for European supply.

Interestingly, the e-NV200, an all-electric van based on the LEAF that is to be built in Spain beginning in the spring, will not source its cells from Sunderland, but from US production in Smyrna.  This may be due to a heavier demand for cells from the Nissan-Renault alliance in Europe, and some gross-overestimating of plug-in sales in the US.

European LEAFs will enter production at Nissan's Sunderland facility in the spring, and an official opening ceremony is expected at that time.  The plant is capable to produce as many as 50,000 LEAFs per year.

As soon as the production facility is running Nissan plans to begin an extensive marketing campaign on the 2013 LEAF, and is expected to offer a similar price cut to that of the US LEAF.