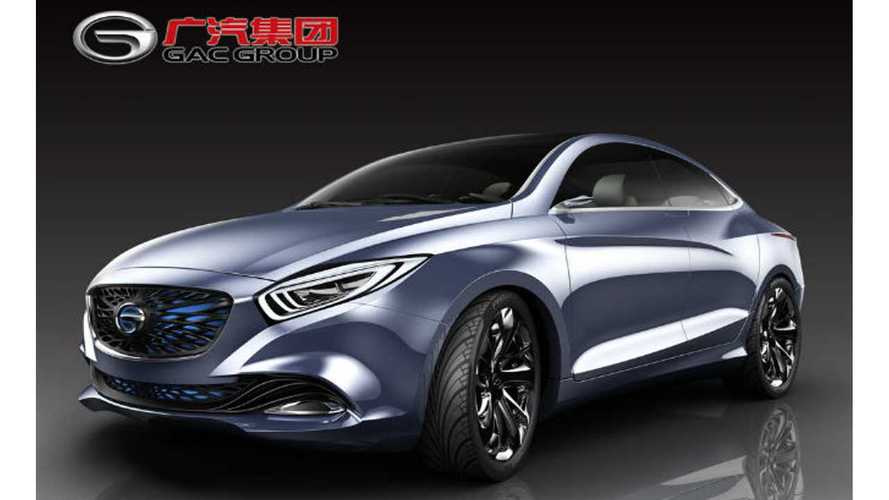 We certainly weren't surprised that two plug-in vehicles flew under the radar at the 2013 Detroit Auto Show, but Chinese automaker Guangzhou Automobile Group (GAC) is likely disappointed at that, even in being the Show's lone representative of China's automotive industry, headline-grabbing did not occur.

Sadly, the rather stunning GAC E-Jet Concept went virtually unnoticed, not for its lack of capabilities, but rather due to, we assume, its country of origin.  The E-Jet is an extended-range electric vehicle that GAC claims can go up to 62 miles in electric-only mode.  That doesn't seem feasible from its 13-kWh lithium-ion battery, but we'll give GAC the benefit of the doubt.

Its 35-kWH li-ion battery provides this electric SUV with up to 100 miles of range.

Then there's the electric-only GAC Trumpchi GS5 SUV.  The production possibility of this battery-electric seems more likely, only due to the fact that a gasoline-fueled version of the GS5 already exists.

Specs for the Trumpchi GS5 are decent, including its range of up to 100 miles at a constant speed of 60 mph.  Additionally, the GS5's sizeable 35-kWh battery packs sends power to a "super efficient induction motor," which cranks out 200 horsepower and 165 pound-feet of torque.  0 to 62 mph time is listed at 8.5 seconds.  An on-board 18 kW charger allows for 2-hour recharges from empty.

Though neither vehicle is expected to launch in the US, it's interesting to note the developments and progress made by automakers beyond our shores.