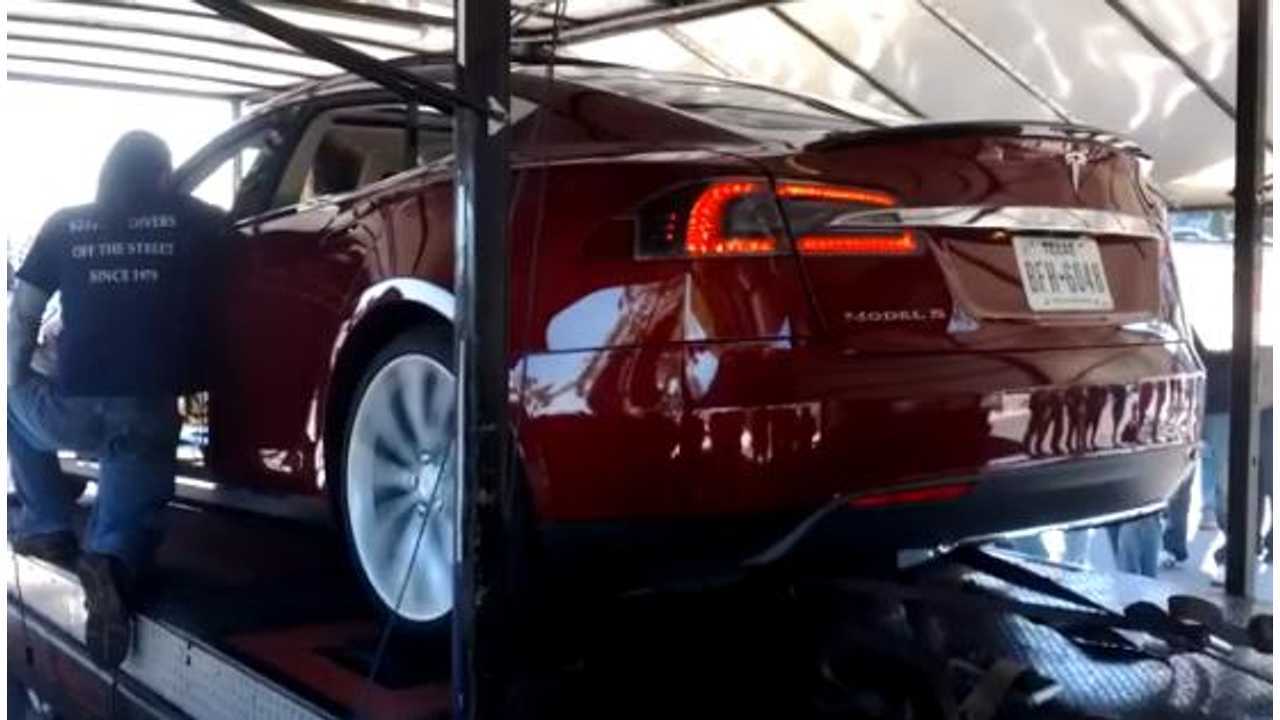 Here we present video and results from what's believed to be the Tesla Model S' first publicized dyno test.

The crew at Dragtimes conducted the test, so we'll turn to them for an explanation of how the Model S fared when strapped down to a Dynojet.

"With no RPMs to record,  no transmission and instant torque it’s interesting to see how electric cars demonstrate their power on the dyno.  The DynoJet recorded a max power output of 368 horsepower at the wheels at around 55 MPHbut from looking at the video they started the dyno run from a pretty good roll.  We think it would have probably made more power if they started earlier.  The power slowly decreases as the Tesla’s speed increases to it’s max speed of 130 MPH and the owner noted all sorts of error lights on the Tesla while on the dyno so it might have been pulling some power back."

"We also noted a correction factor of .98 was applied which isn’t necessary since weather/DA should not play a role in the Tesla’s power output.   Adding the 2% back in brings the power to 375HP at the wheels, very impressive from electric motor the size of a small office trash bin.   Tesla specs the power output at 416HP and 443 ft-lbs of torque and we’ve seen the Tesla put down 0-60 MPH in just 3.9 seconds and a 1/4 mile time of 12.2 @ 112 MPH."

And here are the results from three dyno runs.  Note that the tested Model S was the $87,400 Performance version.