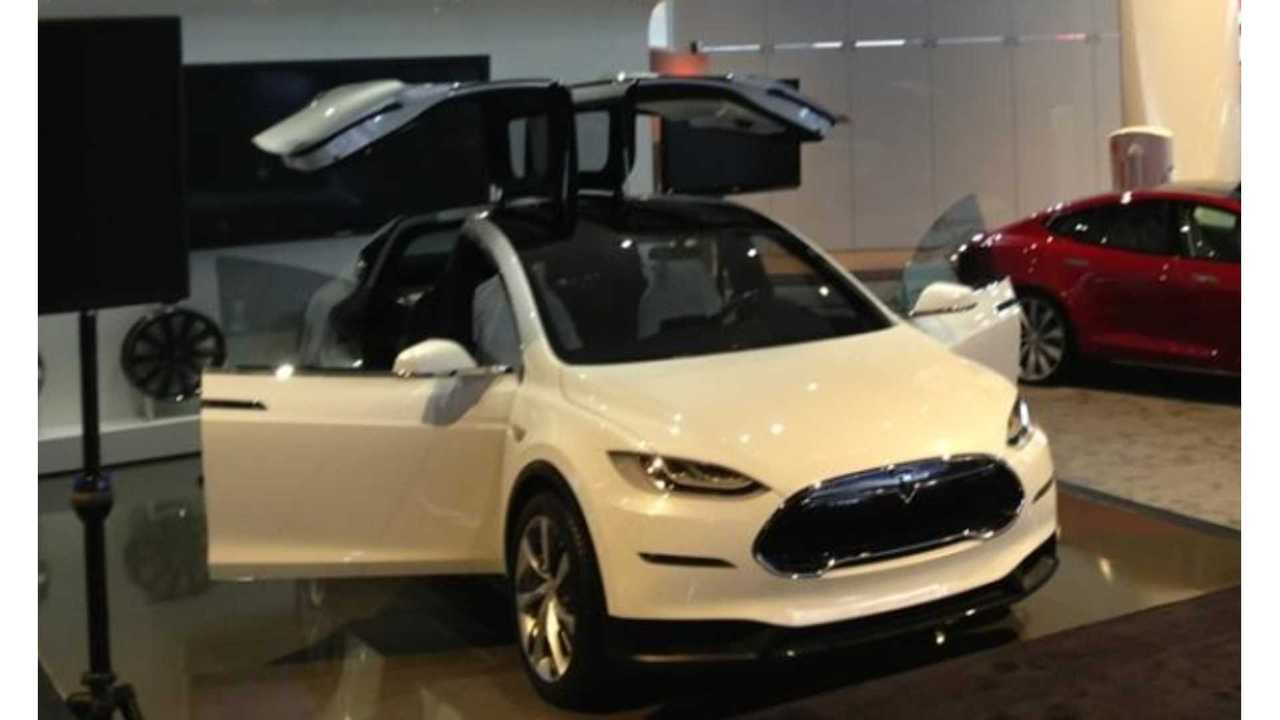 On Monday, Tesla Motors unveiled a pre-production version of the upcoming 2014 Tesla Model X at the 2013 Detroit Auto Show.

The Model X, though slightly updated, remains an electric luxury SUV designed and developed by Tesla Motors.  It's  built on the same platform as the Model S and is expected to enter the production cycle in 2014.  For more basic details on the Model X, check out our previous post by clicking here.

Though the reveal occurred Monday morning on the show floor ahead of  Tesla's official press conference today, it wasn't until just minutes ago that the automaker dumped fresh details on the Model X.  We'll open with the words of Tesla chief designer, Franz von Holzhausen, who aptly described the Model X as the "next step" and a "continuation" of the Model S experience."

Tesla sales executive George Blankenship boldly told reporters that  "there is no competition at this show for us."

Tesla confirmed that the Model X will be a Porsche 911-killing electric monster.  In its most potent guise, the Model X will rip from 0 to 60 mph in 4.4 seconds.  A Porsche 911 Carrera accomplishes the same task in a "leisurely" 4.6 seconds.   But wait, there's more.  Tesla CEO Musk claims the "performance" version of the Model X might be even quicker and those signature "falcon" doors seem destined for production.

Then there's this: the Model X will seat up to 7 individuals (though it's assumed performance and range will decline as the load increases), thus making it the world's quickest (need we check to confirm?) 7-passenger crossover/SUV (it's definitely not a minivan, says Tesla's chief designer).

Lastly, Tesla is still sticking with its 2016 debut of a $30,000 electric vehicle aimed squarely at competing with the BMW 3 Series, otherwise known as the "Ultimate Driving Machine."

For comparative purposes, the "original" (non-updated version, which made its grand entry back in February 2012) debut of Model X is featured in video format below.