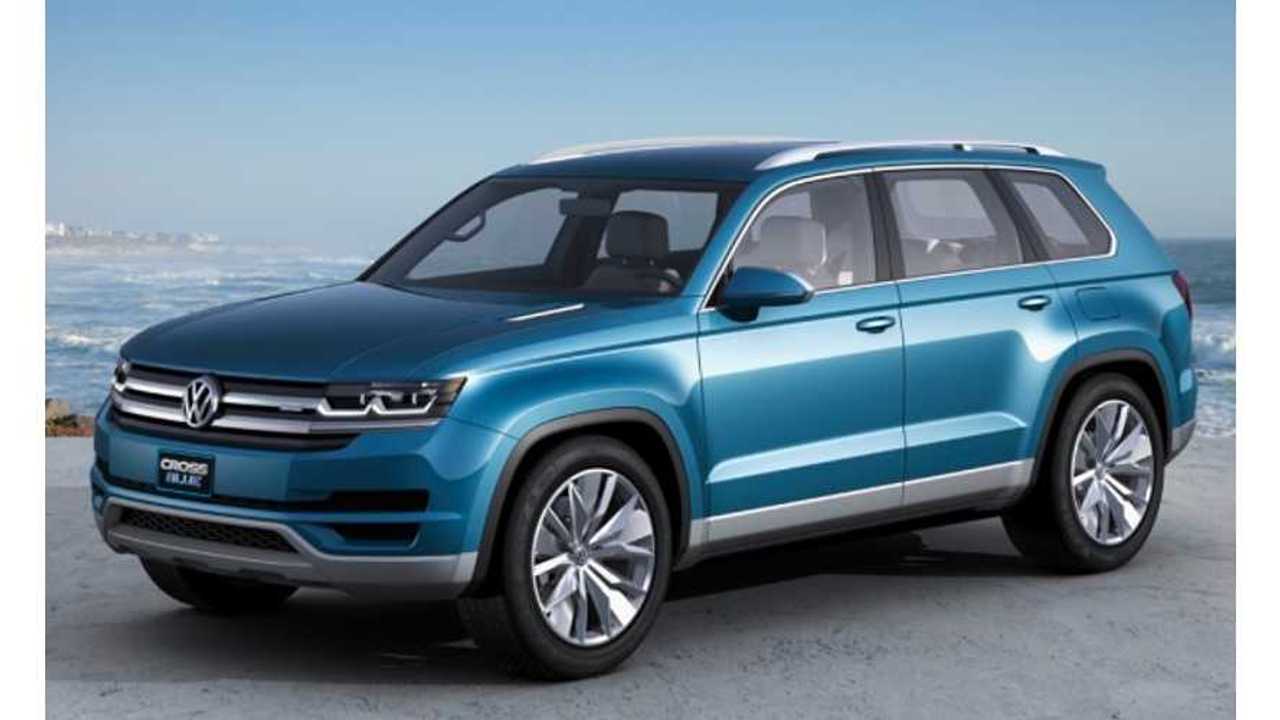 It's a through-the-road plug-in hybrid.

Developed specifically for the US and Canada, VW describes the CrossBlue as a six- to seven-seat crossover positioned above the automaker's current Tiguan, but below its Touareg.

Yes, there's seating for six or seven, according to VW.

Though only a concept, the CrossBlue's unique powertrain setup is deserving of mention.  According to VW, the CrossBlue returns an estimated 35 mpg combined, 37 mpg highway and 33 mpg city.  Its MPGe rating is estimated to be 89 and it boasts a rather impressive electric-only range of up to 14 miles.

It ain't bad looking out back.

Of course, numbers as impressive as that wouldn't be possible without the CrossBlue's mandatory plug.  VW choose to mate the CrossBlue's plug-in setup to the automaker's TDI turbo diesel engine (rated at 190 hp in this application) and equipped the crossover with a 9.8-kWh lithium-ion battery pack.   A DSG dual-clutch transmission is standard equipment.

This through-the-road, all-wheel-drive crossover cranks out a combined 306 horsepower and 516 pound-feet of torque.  VW claims the CrossBlue can get from naught to 60 miles per hour in 7 seconds.

Remember, the CrossBlue is purely a concept at this point in time.  Therefore, there's no approximate pricing or even a speculative launch date to report.  Regardless, the CrossBlue seems to an an impressive machine and, with VW specifically saying that it's targeting US buyers with the CrossBlue, we'd assume this concept will evolve into a production vehicle at some point in the future.