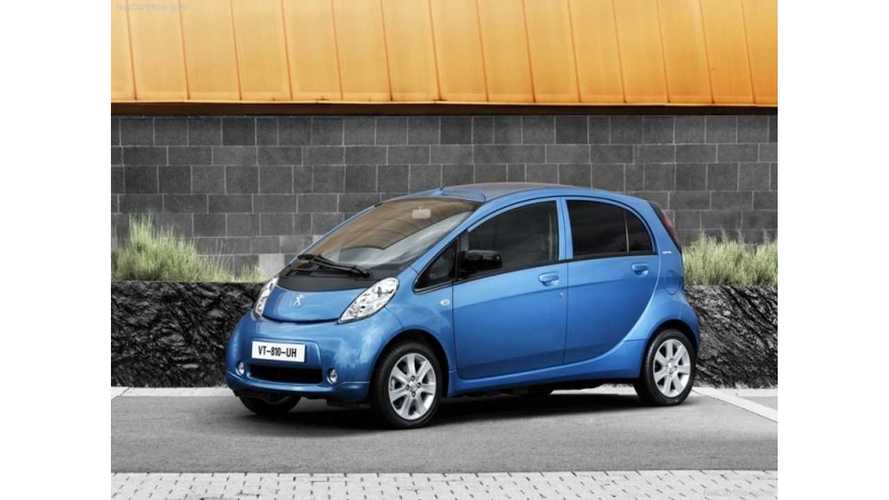 This post is a by-the-numbers look at the sales results in the plug-in vehicle segment in France in 2012.  Truthfully, we've only got figures, with no meaningful background info worthy enough to add.

In second place was the Bollore Bluecar.

So, without further adieu here are the 2012 results: sales of electric vehicles in France hit 5,663 units in the passenger vehicle category and 3,651 units for light-commercial vehicles in 2012.  Those year-end results represent an increase of 115 percent and 117 percent, respectively, compared to the posted figures for 2011.

In first place in the plug-in vehicle segment (passenger vehicles only) was the near-identical duo of the Peugeot iOn and Citroen C-Zero with combined sales of 2,744 units.  Second place was secured by the Bollore Bluecar at 1,800 units sold and third place went to the Nissan LEAF (524 units).

On the light-duty commercial vehicles side of, the Renault Kangoo Z.E. grabbed the top spot with 2,869 units sold in 2012.

In third place on the sales chart was the Nissan LEAF.

More numbers?  Yes, we've got some.  In 2012, France accounted for 35 percent of electric vehicles sales (passenger vehicle segment) in Europe.  That percentage puts France above Norway (15 percent) and Germany (13 percent).

And finally, plug-in vehicle registrations totaled 22,108 units across all of Western Europe through the first 11 months of 2012.  That's 0.2 percent of the roughly 10.8 million automobiles sold in that region in that same 11-month timeframe.

And with that we conclude our number-heavy look at plug-in vehicle sales in France and Europe.