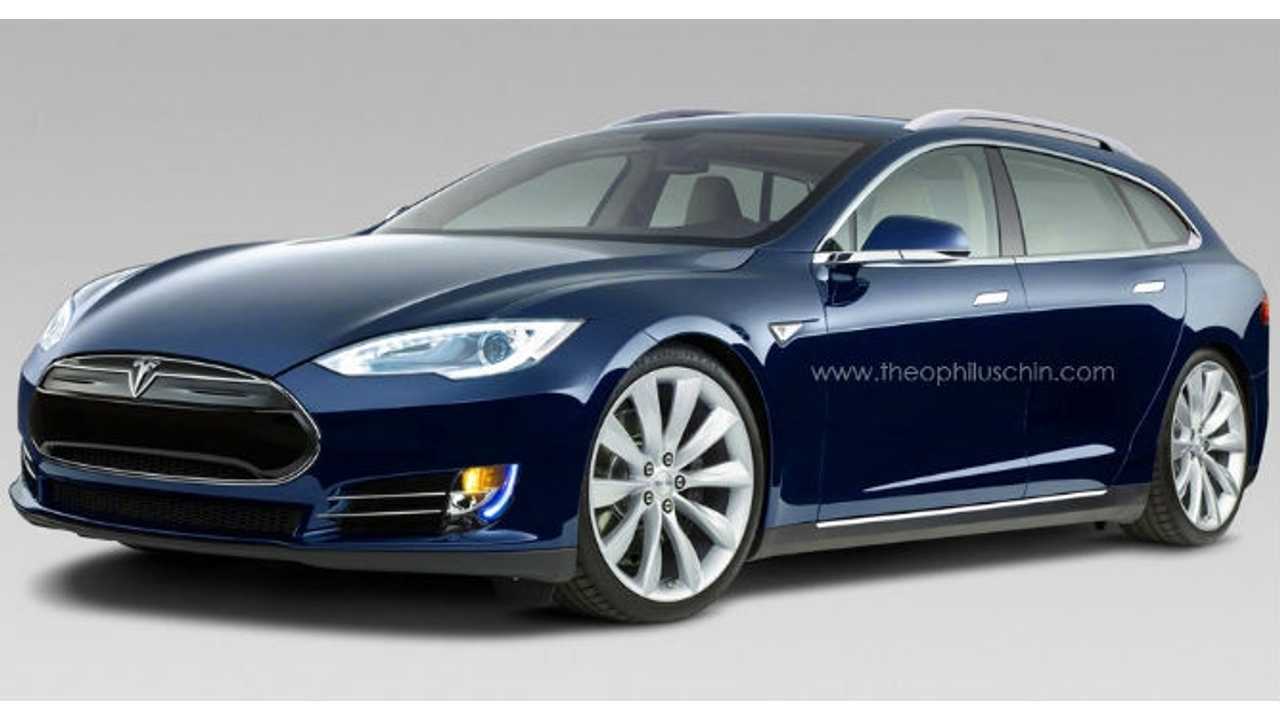 Who's Theophilus Chin?  Well, he describes himself as an "automotive manipulator" and, as is witnessed in the renderings above and below, Chin often presents his variations on existing vehicles.

Look at that stately rump.

Here we have Chin's take on what a Tesla wagon should look like.  More specifically, Chin transformed the Model S sedan into a stately wagon, which the "manipulator" refers to as the Model ST.

From most angles, the Model X doesn't look dramatically different than the rendered Model ST.

Wagons typically sell in volume over in Europe, but that's not the case in the US.  It's rather easy to present a viable scenario that has Tesla producing a wagon-like version of the Model S for markets overseas, but then what's to become of the crossover-ish Model X?  US only?

Tesla's limited funds means that it's unlikely we'll see two vehicles so similar in appearance and functionality, so don't expect a wagon with a Tesla badge making a debut in the near future.  A concept?  Sure.  But a production vehicle is highly unlikely.